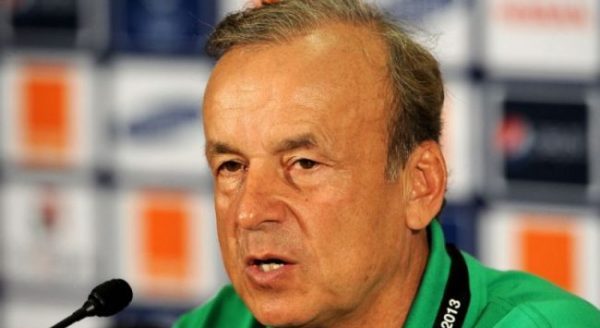 Super Eagles coach, Gernot Rohr has disclosed his intentions of holding a meeting with the Nigeria Football Federation (NFF) to discuss his future with the team.

There have been debates as to whether or not the 66-year-old Franco-German gaffer, whose contract with the Nigeria men’s national team will end in June 2020, should continue with the team.

Rohr took over the Eagles in 2016 and led them to the 2018 FIFA World Cup in Russia and to the 2019 Africa Cup of Nations (AFCON) in Egypt, winning bronze.

The Eagles are beginning a new race to the 2021 AFCON on Wednesday as they face Benin Republic at the Godswill Akpabio Stadium in Uyo. And Rohr says his major focus is making it to the Cameroon tournament, and not the speculations about his contract extension.

“I have to work, the contract is not a problem,” Rohr told a news conference in Akwa Ibom on Tuesday.

“I think by the end of the year, I will discuss with the FA (The NFF). No distraction for me, but it’s time for us to have a new project to win the next AFCON, we need to be at the next World Cup as well.”

After their bronze medal in Egypt, the Super Eagles have played two friendly matches – against Ukraine and against Brazil – drawing 2-2 and 1-1 respectively.

“We enjoyed ourselves against Ukraine and Brazil, but tomorrow’s game will be different,” Rohr said about the Benin clash.

”Africa football is a bit difficult, Benin Republic are doing fine at the moment. I hope today’s training will be enough for us.”

He added: “We always try our best to start the best players. We need to find new leaders after Mikel retired and I think we have more players that can lead the team.

“Musa is the captain now, the leadership is here. Leadership is for everyone, for all the players.”

The Nigeria versus Benin game is billed for 5:00p.m.