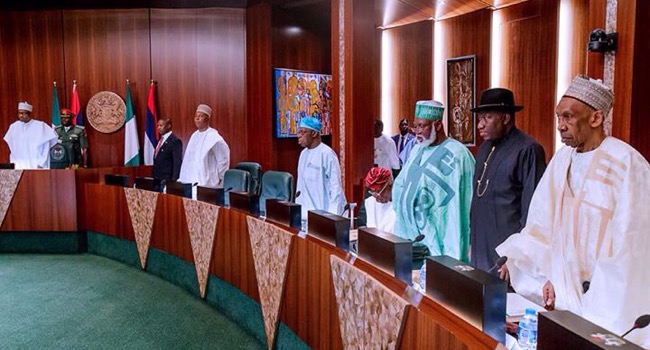 The Council of State has approved the sum of N27,000 as the new minimum wage in the country.

The council made the approval at its meeting on Tuesday at the Presidential Villa, Abuja.

The new minimum wage has remained a contentious issue between organised labour and government, especially state governors who have consistently rejected the figure labour has been agitating for.

The Federal Government has agreed to pay N30,000 to its workers, and has asked states to pay whatever they can afford, though it said it should not be lower than the N27,000 now agreed upon.