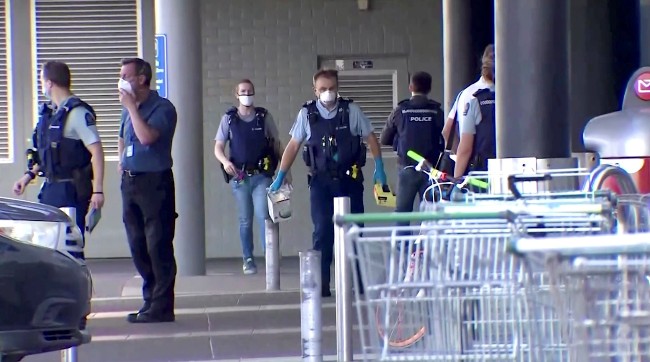 The New Zealand Prime Minister Jacinda Ardern on Friday confirmed that the violent attack that happened at a supermarket in Auckland was a “terrorist attack” carried out by an “extremist.”

The attacker was shot dead by police at the scene after injuring multiple people at 2:40 p.m. local time at the Countdown supermarket in Auckland’s New Lynn.

She also added that at least six people were injured, including three in critical condition.

“A violent extremist undertook a terrorist attack on innocent New Zealanders at a New Lynn Countdown in Auckland,” Ardern told a press conference in Wellington.

“This was a violent attack. It was senseless and I’m sorry it happened,” the prime minister said while adding that the police shot the offender within roughly a minute of the attack happening.

The attacker is a Sri Lankan national who arrived in New Zealand in 2011 and has been closely monitored by the New Zealand police since 2016 for his Islamic State ideology, she said.

In his remarks, the New Zealand Police Commissioner Andrew Coster also confirmed at the press conference that the individual behind the attack was under heavy surveillance over “concerns about his ideology.”

The offender was acting alone and there was no further threat to the public, Coster said.

The person travelled from where he lived in Glen Eden to Countdown at LynnMall in western Auckland and was closely watched by surveillance teams.

He entered the Countdown supermarket where he obtained a knife.

Surveillance teams were as close as they could be and when the commotion began they acted, according to Coster.

When the man approached them with the knife he was shot and killed, the police chief noted.

Ardern said, “If we’d reached a threshold for him to be in prison, he would have been in prison.

“If he’d committed a criminal act that would have allowed him to be in prison, that’s where he would have been.

“Unfortunately, he didn’t. That is why, instead, he was being monitored constantly and followed.”

“It would be wrong to direct any frustration to anyone beyond this individual.

The prime minister also assured the public that more information will be shared as soon as it is available.