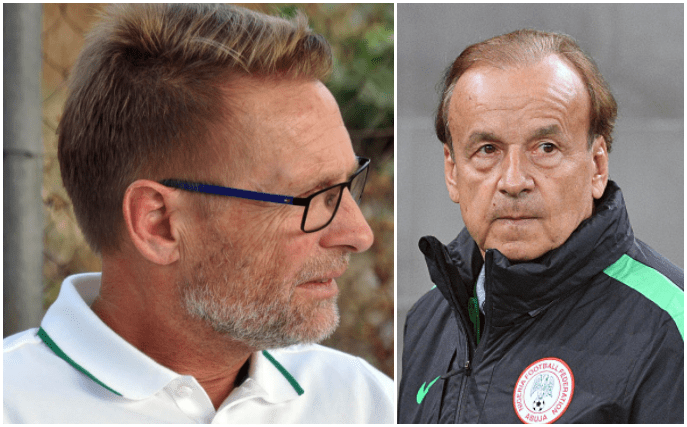 The Nigeria Football Federation (NFF) has today given possible reasons why Thomas Dennerby resigned from his position as Super Falcons coach.

Dennerby tendered his resignation following an undisclosed dispute between himself and the football house, with abouy one year left on his contract.

About the dispute, Minister of Youth and Sports, Minister Sunday Dare had tried to intervene but the Swedish gaffer did not show up for the reconciliation meeting.

In a tweet thread by the NFF on Friday evening, the football body also denied claims in some quarters that Super Eagles coach, Gernot Rohr was being owed three months salary.

”The NFF wishes to put records straight with regards to a claim in the social media on Friday, 11th October 2019 that the football house is owing Super Eagles’ Technical Adviser, Gernot Rohr, three months’ salary,” reads the tweet.

”As we speak, Mr. Rohr is only being owed salary for the month of September 2019, which is being processed. As for Mr. Thomas Dennerby, we have received his resignation letter and of course, he has his right to resign from a job.

”We want to put it on record that no Head Coach in the history of the Super Falcons has been afforded the level and readiness of support that has been provided Mr. Dennerby by this Board.

“Perhaps, one of the reasons he left was because we did not accede to his request to bring in more expatriate coaches and an indigenous coach who do not have the required license.

“If we had agreed to his request for more expatriate coaches, that would have left our indigenous coaches presently with the team in the lurch.”

The Super Falcons recently crashed out of the race to Tokyo 2020 Olympic Games while the Super Eagles are currently in Singapore ahead of their friendly match against Brazil on Sunday.