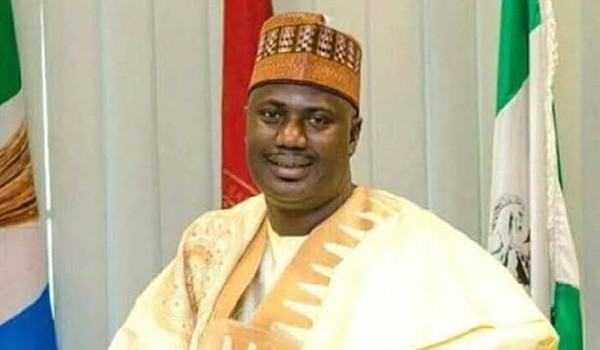 Niger State caucus of federal lawmakers have called on the Nigerian government to declare a state of emergency on roads in the state.

Chairman of the caucus, Senator Sabi Abdullahi, during a press briefing on Tuesday, explained that all federal and state roads in Niger had collapsed.

Abdullahi expressed fears that the state would be completely cut off anytime soon, calling on President Muhammadu Buhari for special funds for repairs.

He stated that commercial activities of the people in the area had been affected negatively by the poor state of the roads.

The caucus leader who was in the company of other Niger lawmakers, stated that the declaration of a state of emergency would be a reflection of government’s interest on those roads.

He said, “We have three Senators and ten House of Representatives members from Niger State and are here to intimate you on the happenings on our roads in Niger State.

READ ALSO: Yet to exonerate itself from employment scam, Senate quizzes FCC over alleged secret recruitment

“We are here to cry out over deplorable state of the roads in Niger and like you are all aware, we are located in the North Central Nigeria and we have trunk A road network that link Minna to Kaduna, Minna to Suleja, Minna to Kebbi, Minna to Kwara

and all these roads are unmotorable.

The lawmaker noted that the torrential rainfall and heavyweight vehicles had led to the deplorable state of the roads.

According to him, a section of the state road from Minna to Bida broke down, thereby putting pressure on a single lane by heavy trucks.

“These roads became very bad due to heavy vehicles. Bida to Minna road which is the state government road was cut off twice due to torrential rain fall.

“The story was that a section has broken down and vehicles have to sleep at nights while travelling and this has negatively affected the economic status of Nigerlites.

“We have done our best as lawmakers, but we have to cry out for our citizens to know that we are concerned about the roads.

“The state government tried to stabilise the road, but no sooner than a section of it collapsed because vehicles plying that roads carry over weight goods”.