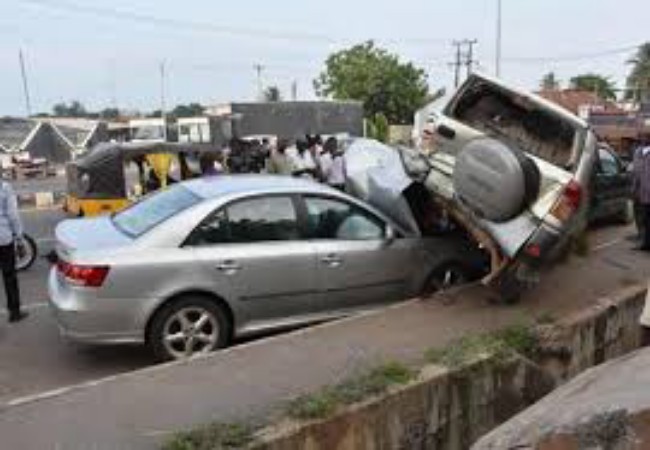 At least 18 persons who left their homes daily from December 2020 to June 2021 did not get to their destination nor did they return home.

The National Bureau of Statistics (NBS) revealed this in its latest report on Road Transport Data published on Tuesday based on data provided by Federal Road Safety Corps (FRSC).

According to the report 4,939 Nigerians died within the 9-month period out of 62,706 persons involved in 9,799 different crashes.

“In each of the quarters under review, serious cases of road crashes stood top, compared to fatal and minor cases observed, this calls for strengthening of our road safety agencies and medical response team.”

On the types of vehicle, in the fourth quarter of 2020, NBS showed 5,230 vehicles were involved in road traffic crashes compared to 4,893 in the preceding quarter, a growth rate of 6.89 per cent.

“Over the last three quarters under review, commercial vehicles were most affected in road crashes averag ing 64.92 per cent of the total vehicles involved.”

On region most affected, NBS said in the fourth quarter of 2020 the North-Central recorded the most crashes at 968, followed by the South-West region at 800.

In terms of casualties, the North-West had the most at 3,380, followed by the North-Central region.

“However, in the second quarter of 2021, the North-Central yet again recorded the highest cases of crashes at 1,015, followed by the South-West region at 876. This accounted for 3,006 casualties in the North Central, the highest recorded,” the report noted.