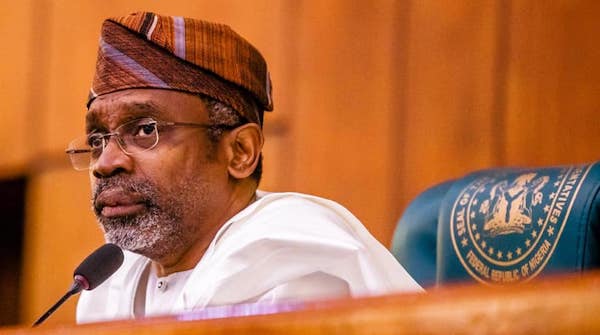 The Nigerian Air force on Monday queried the legality of an investigation being carried out against NAF Holdings and NAF Property Limited by the House Committees on Air Force and the Judiciary, insisting that the two entities are not funded by public money.

The committees were mandated by the House to investigate the alleged use of force by the NAF against a company, Blue Boulevard to end a contractual dealing.

The joint committee however dismissed the position of the NAF, insisting that it was not bound by the rules of court, but by the resolution of the House at plenary presided over by Speaker Femi Gbajabiamila, directing that the investigation be carried out.

The House had at its plenary in January mandated its committees on Air Force and Justice to investigate the petition written by Blue Boulevard, accusing the NAF of using force against them and reneging in a contractual agreement they had to build a shopping mall at the Mami market in Port Harcourt, Rivers State.

The Air Force had earlier, when the committee first sat asked for time to receive and respond to the petition from the company.

NAF, through its counsel, Uche Duruibe at the resumed sitting on Monday, raised an objection to the continuation of the investigation and the chairmanship of the committee by the Chairman of the House Committee on Air Force.

Duruibe also insisted that if they allowed the petitioner to state their case, it would mean that they had accepted that the Chairman of the House Committee on Air Force, Shehu Koko, should preside over the investigation.

He further claimed that NAF was not comfortable with Koko presiding over the investigation, alleging likely bias because the lawyer to Blue Boulevard who signed the petition, hails from the same Kebbi State with the lawmaker.

Read also: APC govs meet ahead of party NEC, plan how to thwart plot against Oshiomhole

He insisted that Koko “must excuse” himself from the investigation if it must go on alluding to the fact that he was being investigated by the Independent Corrupt Practices and Other Related Offences Commission (ICPC) for wrong doing.

According to Duruibe, if he had refused to honour the invitation from the ICPC, he should not be sitting on any investigation.

The NAF counsel also claimed that the letter from the House Committee on Air Force requesting the Chief of Air Staff to respond to the petition by the Blue Boulevard was written several days before the House resolution, which was an indication that he would not be fair to the Air Force.

Speaking further, the lawyer argued that since the petition was not about fraud but a contractual agreement between the two parties, it was out of the purview of the House to investigate and should have been done before the court.

According to him, the house was taking over the functions of the court, asking the House of Representatives to excuse itself from going further on the investigation.

He also said that the NAF Holdings and NAF Property were not funded by money appropriated by the National Assembly, but by contributions by personnel of the Nigerian Air Force.

He was however unable to explain Sections 1 and 2 of the Infrastructure Concession Regulatory Commission when he was asked to.

Related Topics:ICPCNigerian air force
Up Next

GAS EXPLOSION: Strange Buhari remains in Abuja and not visit Lagos to identify with victims —PDP