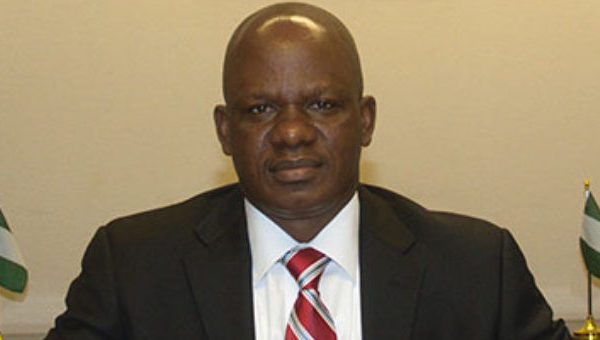 The Nigerian Consulate in New York has denied reports that it charges an extra 200 dollars for same-day E-passport service.

Consul-General, Benaoyagha Okoyen, dismissed such claims as an attempt to tarnish the image of “hard-working officials’’ of the consulate.

In a statement dated Oct. 12 and made available to the newsmen in New York on Monday, Okoyen also dissociated the consulate from third-party service providers or unauthorised agents, whom he suggested could be responsible for the additional charge.

He stated that any payment made by applicants to third parties should not be taken to mean it was made to the consulate.

“The Consulate has adopted the highest standard and best practices obtainable in any other Consulate as it relates to E-passport and Visa production.

“Despite numerous challenges, including last-minute rush by applicants, no additional 200 dollars or any other fee is charged for same-day E-passport service.

“The procedure for timely issuance of passport and visa has been simplified and further streamlined, and well known to the public.

“We have also work hard to ensure that the Consulate in New York never runs short of E-passport booklets to avoid any disruption in our services,” he said.

The CG emphasised that the consulate had fully keyed into the Federal Government’s anti-corruption agenda, and would not spare any official found wanting.

“Furthermore, the Consulate operates an open-door policy and encourages Nigerians to always report any misdemeanor on the part of any of its official to my office.

“My telephone numbers and email addresses are well publicised for this purpose.

“We therefore call on applicants to avoid third-party service providers or agents, as the Consulate does not recognise their services,”Okoyen stated.

He advised E-passport and visa applicants to start early through the official websites: