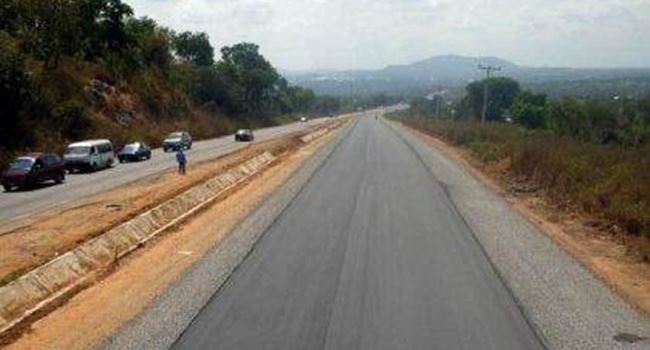 The Federal Government said on Saturday section one of the ongoing reconstruction works on the Apapa-Oshodi-Ojota-Oworonsoki Expressway in Lagos would be completed within three weeks.

The Federal Controller of Works in the state, Mr. Olukayode Popoola, who disclosed this during a joint inspection of the project with the Nigerian Ports Authority (NPA), said section one of the road would be opened afterward.

He said the rehabilitation works, which had been divided into four sections, were to ease port congestion and gridlock at the Apapa axis.

The project section one which is about 10 kilometres begins from Liverpool Round through Creek Road to Beachland near Sunrise while section two is 8.4 kilometres and stretches from Beachland to Cele Bus Stop.

The project was inaugurated by President Muhammadu Buhari in November 2018 to address the traffic gridlock on the Apapa axis.

The NPA Managing Director, Hadiza Usman, led a delegation that joined the Ministry of Works team on an on-the-spot assessment of construction works.

The controller said the grey areas such as the indiscriminate parking of trucks and disagreements on the pace of construction had been resolved.

He said the inspection allowed the NPA delegation to see for themselves that the contractor had been working progressively.

Popoola said: “And this section that we are is the end of section one which we have completed. We will complete the remaining portion within the next three weeks, especially the asphalt work.

“So within that three weeks, the outstanding works will be completed fully and the section one will be made available to the motorists.

“The Federal Ministry of Works also complained about the trucks that are infiltrating the road while we are working. We have told them (NPA) that we cannot allow trucks to flock onto the section where we are working because they will disturb the contractor.

“So the trucks will now be monitored and controlled fully.

“Both the NPA security, the Nigerian Police, LASTMA, and then the contractor’s representative will form a synergy to work out how they will be controlling the trucks that enter into the port road henceforth.”