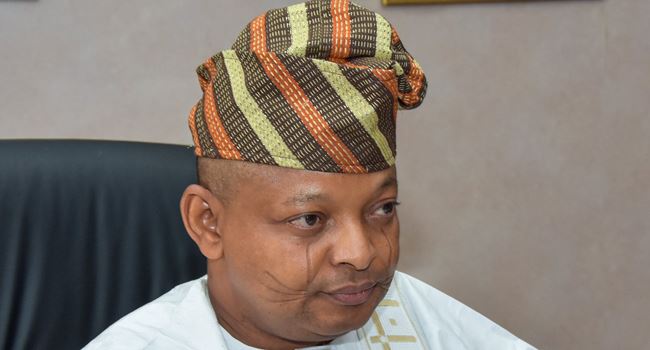 Nigerians in South Africa under the auspices of Nigeria Union of South Africa have decried the high cost of passport replacement and renewal in the country.

The group In an open letter to the Consul General of Nigeria in Johannesburg, Abdulmalik Ahmed, decried the penalties of R2,000 (about N54,000) and R120 (about N4000) respectively, for the replacement of a lost passport and passport capturing, after the payment of the legitimate fees of $106 and extra charges of R50 imposed by consulate and OIS services, saying the charged were unreasonable.

Also, the Nigerians complained of the five-months waiting time, which they claimed was the minimum time an applicant has to wait for passport renewal, and the nine months for the replacement of a lost passport, saying it was too long.

They lamented that their repeated appeals to the consulate for consideration had fallen on deaf ears, and threatened to take necessary actions both at the consulate in South Africa and Nigeria, if their demands were not met.

The letter read, “We regret to note that despite series of outcry from Nigeria community in South Africa and calls from nooks and crannies of the country about the unreasonable fee of R2,000 and R120 you imposed on Nigerian citizens for loss of passport processing and passport capturing respectively, you remained adamant in inflicting excruciating pains on our compatriots whose passports were stolen, lost, damaged or misplaced.

“The non-challant attitude over the cry of Nigerians, relative to the above submission is preposterous and mind boggling to say the least. It seems as though the Mission is only interested in how to extract money out of Nigerians not minding their pains, with no plan whatsoever to improve service delivery at the consulate, hence the minimum turnaround for passport renewal is now five months and lost passport nine months.

“There is no justification whatever to this premeditated hardship inflicted on the people. It is rather unfortunate that the purpose wherein diplomatic missions are established all over the world as enshrined in Nigerian foreign policy statement which among others is to cater for the interest of Nigerian citizens in a host state is defeated.”

The group demanded that the time frame for passport renewal and replacement should not be more than one month, noting that the avoidable delays makes corruption inevitable, as applicants would be desperate to get their travelling documents on time and apply or renew their immigration documentation.

“It is imperative to add that if these demands are not met, we shall be left with no options than to embark on necessary action both at the Consulate in Johannesburg and in Nigeria to stop this calculated diplomatic extortion of Nigerians being perpetrated at the Consulate General of Nigeria

“This open letter is necessary at this point in time as all our communiqué and plea to your Excellency to withdraw the charges imposed on our compatriots for consular services seem to have fallen on deaf ears,” the group added.

Related Topics:NigeriansPassportsouth africa
Up Next