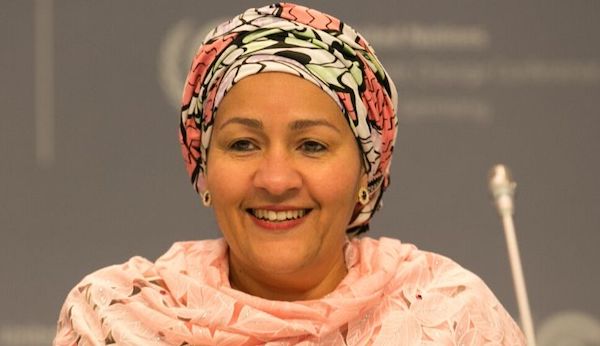 The United Nations (UN) on Thursday said the economy of Africa’s most populous nation, though slow, was moving in the right direction.

The Deputy Secretary-General of the United Nations, Amina Mohammed, stated this on Thursday in Abuja at meeting held at the headquarters of the Federal Ministry of Industry, Trade and Investment.

According to Mohammed, the challenges in Nigeria were huge, its population large. She, however, described the country’s economy as great, with lots of opportunities.

The former Nigerian minister also disclosed that after travelling by train and through various roads in the Northern parts of Nigeria, she discovered that the roads were motorable, although there were ongoing repairs on some of them.

She said: “This is a country that is diverse in nature, ethnicity, religious backgrounds and opportunities. But these are its strengths, not weaknesses.

“And I think the narrative for Nigeria has to change to one that is very much the reality.”

“And the challenges still remain with security, our social cohesion and social contract between government and the people. But I know that people are working on these issues.”

Continuing, she said that the UN recognised the reforms in Nigeria and other nations, adding that the common global agenda was the Sustainable Development Goals.

She also commended Nigeria’s quick response to the COVID-19 pandemic, expressing hope that the arrival of vaccines would be the beginning of the end of COVID-19.

“You can rest assure that there will be many more pandemic, so we should be prepared with strong health systems to do so.

“We hope that the vaccines will become more available and equitable, so that everyone gets it”, she added.

Speaking at the meeting, the Minister of Industry, Trade and Investment, Adeniyi Adebayo, said the Federal Government was working hard to make Nigeria the entrepreneurial hub of Africa.

According to Adebayo, before the end of the first quarter of 2021, there should be a document on the government’s investment policies, as efforts were on to take Nigeria out of its mono-economy.