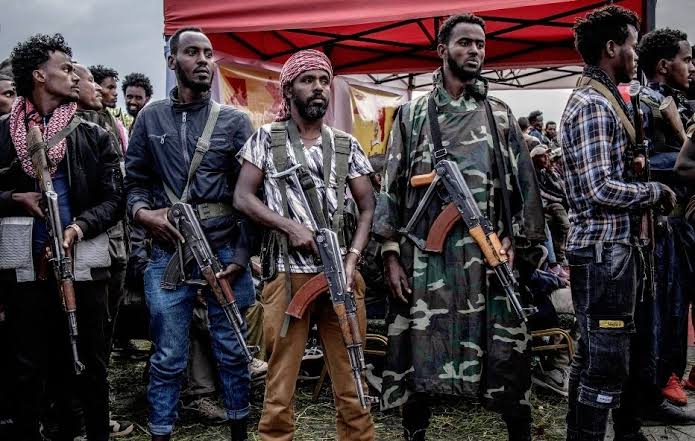 The Tigray rebels fighting to overthrow the Ethiopian government says it is joining efforts with eight other groups in an alliance against Prime Minister Abiy Ahmed to seek a political transition after a year of the disturbing war.

The signing of the agreement took place in Washington on Friday and the rebel groups includes the Oromo Liberation Army which is now fighting alongside the Tigray forces and seven other groups from around the country.

The new rebel alliance called United Front of Ethiopian Federalist Forces seeks, according to a statement after signing the agreement, said its mission is to “establish a transitional arrangement in Ethiopia” so the Prime Minister can go as soon as possible, organizer Yohanees Abraha, who is with the Tigray group, wrote.

“The next step will be, of course, to start meeting and communicating with countries, diplomats, and international actors in Ethiopia and abroad.”

He said the new alliance is both political and military and has had no communication with Ethiopia’s government.

A spokesman for the Oromo Liberation Army, Odaa Tarbii, also confirmed the new alliance saying it is meant to force Abiy out in the coming weeks.

“Of course, we prefer if there’s a peaceful and orderly transition with Abiy being removed.

“The goal is to be as inclusive as possible. We know this transition requires all stakeholders,” he added.

But the Ethiopian government says the alliance is a mere publicity stunt, asserting that some of the groups involved ”are not really organizations that have any traction.”

It also asserted that life in the capital had a “sense of normalcy” and rejected any notion of a siege.