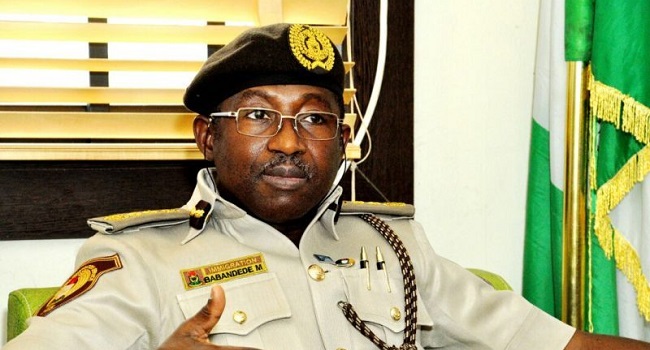 No less than 15,000 stolen or lost travel documents have been uploaded by the Nigeria Immigration Service (NIS) INTERPOL i-24/7 to the INTERPOL Global System in Lyon, France.

NIS spokesman, DCI Sunday James, who made this known in a statement on Tuesday, said the development which happened on Monday, was to help prevent identity theft, frauds and other organised crimes.

According to the statement titled, ‘Integration of NIS stolen/lost travel document to INTERPOL IPSG STLD database,’ the feat was achieved with the support of the INTERPOL Global System, Lyon, France; United States National Central Bureau, Washington; NCB, Abuja and the NIS team.

It was also learnt that the STLD upload to the IPSG by NIS was the first in Africa and 54th in the world.

James said, “the Comptroller-General of Nigeria Immigration Service, Muhammad Babandede, was updated on this development by the team.

“The Nigerian SLTD detection and tracking system domiciled at the Nigeria Immigration Service, headquarters, is an effort put in place by the service to rid the world of attempts and deliberate acts leading to identity theft, frauds and other organised crimes perpetrated globally using stolen and lost travel documents,” the statement read.