No.3 in Africa 'good progress', but Eagles can be better –Rohr | Ripples Nigeria 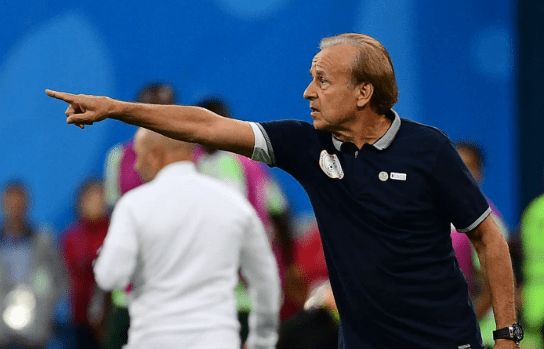 Super Eagles manager, Gernot Rohr is confident that his team have the capability to become the best in Africa having made notable progress since his arrival as boss.

The 67-year-old Franco-German gaffer took over the Eagles job in August 2016, leading the team to the 2018 FIFA World Cup and to last year’s Africa Cup of Nations (AFCON).

Before his arrival, Nigeria had failed to qualify for consecutive editions of the AFCON tournaments, and it affected their ranking in the world as the twam occupied the 67th spot.

But the most-recent ranking released by the world football governing body, placed Nigeria on the 29th spot in the world, and third in Africa.

The three-time AFCON champions are only behind Senegal and Tunisia in Africaz but Rohr, who signed a new two-year contract earlier this year, believes the team can be better.

“Of course, we are happy about it,” Rohr told ESPN when asked to comment on the latest world ranking.

“It’s a good progress, due to the good results and performances of the team. And yes, I think we can be a little bit proud of it, but we have to still work a lot to get better.

“We want to be better of course all the time.

“When I arrived we were not number three (in Africa). We were much lower. So, it’s good to see that we are in the right way.

“And when you see the age of our players you can believe that we still can be better and will progress.

“If everybody is working well and hard and there is a good spirit, we still can go higher. That’s what we want to do.”

Super Eagles are currently top of their qualifying group for the 2021 tournament, and will resume the series in November when they face Sierra Leone home and away.

Nigeria will take on Cote d’Ivoire and Tunisia in two friendlies next month in Asutria.

Why FG embarked on reform of film corporation — Lai Mohammed