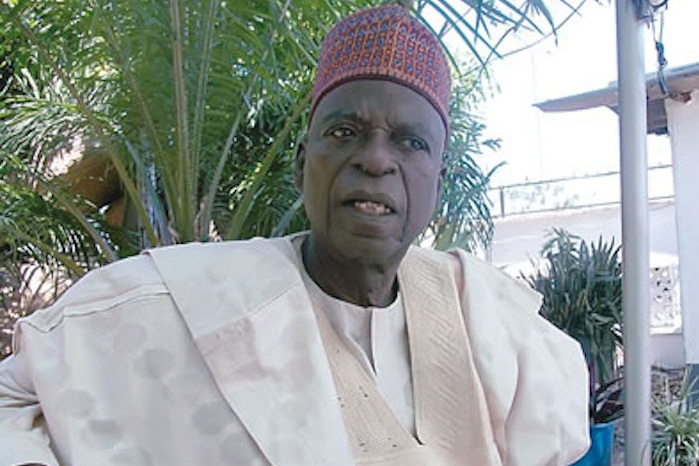 The Northern Elders Forum on Tuesday rejected the supposed imposition by the Southern Governors Forum over the issue of rotational presidency amongst the zones.

This issue has polarised opinions among stakeholders which snowballed into a war of words between the southern and northern governors.

However, in his statement during an interview on AriseTV monitored by Ripples Nigeria on Tuesday, the NEF Deputy Chairman, Yahaya Kwande slammed the stance of the Southern Governors, tagging it an imposition at variance with the constitution.

“They didn’t demand that it should come to the North; they are charging stakeholders to follow the constitution. Nobody ought to dictate where the President should come from. The statement of the SGF is tantamount to sowing division within the country,” Kwande declared in response to the communique issued by the Northern Governors Forum.

The NGF had described as unconstitutional the power shift canvassed by their Southern counterparts and groups in the region during a meeting on Monday, also attended by Kwande and Northern monarchs.

Kwande also detailed how the zoning arrangement started by delving into history.

READ ALSO: Heaven will not fall if north produces President in 2023 —Northern elders

“The question of differences between the regions has been on for a long time regarding zoning and other issues with the past arrangement in the National Party of Nigeria that brought Shagari. This led to a payback regarding the emergence of Obasanjo in 1999 with the North unanimously supporting the South, coupled with the death of MKO Abiola.

“The arrangement is not a constitutional arrangement but a plan within the parties due to sympathies over MKO Abiola’s death. I emphasize that it was a PDP arrangement that was a gimmick to win the election.

“This arrangement was scuttled by former President Goodluck Jonathan who refused to leave office after the death of his principal, Yar’adua.

“Buhari succeeded on the APC which has no arrangement of such but the PDP is still waiting for its four years used by Goodluck.

“No region can win the election without the other which is why the statements of coercion by the governors are uncalled for. There must be massive lobbying in order for stakeholders to understand the benefits of voting for your region.”