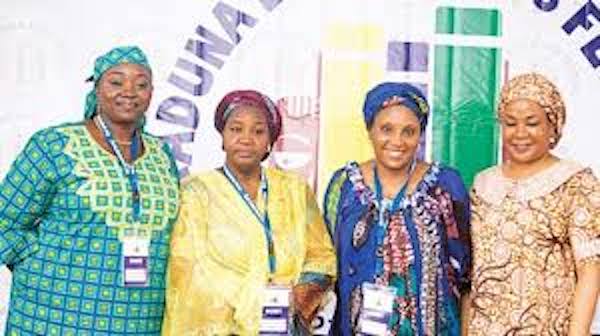 The women under the umbrella of Northern Women Peace Forum (NWPF), made the call at while addressing reporters in Abuja.

The National Secretary of the group, Yahaya Goya, who spoke on behalf of the women, said as mothers, wives, and daughters; the women are tired of the situation in the North and are begging the government to restore peace in the zone.

She lamented that their once-peaceful North has in the last 10 years become the enclave of two of the world’s deadliest terrorist organizations; including Boko Haram.

Her said: “We have lost lives over violent conflicts to Boko Haram, women have become widows and hundreds of children have turned orphans.

“We have lost friends and family members. We have lost people we don’t know but we still feel their pains.”

The group also expressed serious concern over the devastating impact of criminal activities such as kidnapping, banditry all of which have impacted negatively on the economic activities in the North and by extension the rest of the country.

The group also noted the impact on food security in the country; especially with new threats from bandits forcefully demanding harvest levies from farmers in parts of the North.

The women also condemned the violence that accompanied the recent #EndSARS protest in major cities across the country; calling on the youths to find better ways of channeling their grievances.