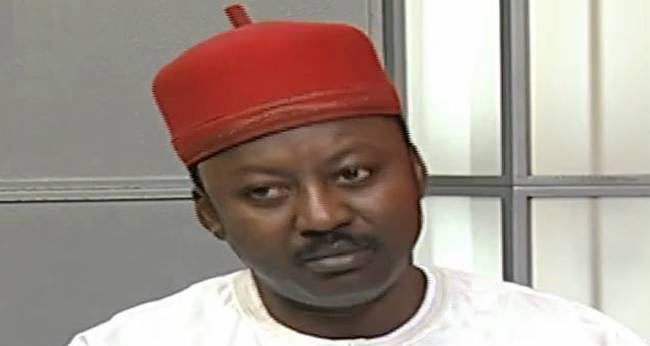 Onovo, who is the Head of Policy at the Movement for Fundamental Change (MFC), stated this when he addressed journalists on the country’s Democracy Day.

He said the MFC supported groups that decided to mark the day with a “Buhari must go” campaign.

He said: “The principal pillars of democracy are the rule-of-law and the ‘integrity of the ballot’. Both have been deleted by the ruling party through Buhari’s government.

“Violations of the constitution are routine. Violations of court orders are allowed with impunity. INEC after the fraudulent 2019 charade elections got to court to deny its own server that could have exposed its fraud.

“Another important feature of democracy is popular participation through representation. With Gen. Buhari’s globally acclaimed ethnic bigotry and religious fanaticism, many groups have been almost totally excluded.

“The most severely affected groups are Northern Christian and South-East. The Southern Governors’ Forum implied this very clearly in their communiqué.”

Onovo argued that sectionalism had been violating the principles of democracy and the Nigerian Constitution.

He stressed that Buhari had never attempted to conceal his hatred and desperation to exclude the South-East.

“This cannot be tolerated in a democracy. The most appropriate theme for this year’s Democracy Day is ‘Buhari must go.’ That is our position and that is our campaign,” he added.

Imo govt to set up commission of inquiry on insecurity