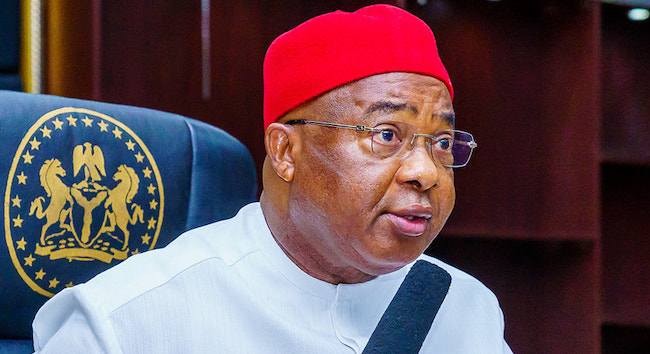 The Imo State governor, Hope Uzodimma, said on Saturday he would set up a commission of inquiry to investigate the current insecurity in the state.

Uzodimma, who disclosed this when he featured in a phone-in program on Imo Broadcasting Corporation (IBC) in Owerri, said the people of the state deserved to know those behind the killings and insecurity in the state.

He said: “Imo people must know those behind the killings and insecurity in the state and in two weeks time we would have set up a Commission of Inquiry on the killings of innocent people in Imo State.

“There is no compensation that can equate the life that had been lost. But we owe it a duty to identify with the families of the deceased policemen as a responsible government. We are also looking forward to immortalising those who lost their lives during this period in Imo.

“It is significant to note here that it was at the peak of the celebration of our one year in office when some eminent Nigerians arrived here for the commissioning of some road projects that this issue of insecurity was escalated. This also came on the heels of the release of the government white paper on the judicial commission of inquiry on land use and related matters. I have often wondered whether those who triggered these satanic acts are averse to development.

“Just a few days ago, the police announced that the security situation in Imo State has a political undertone. It is a confirmation of what we already know because those who vowed to make the state ungovernable for us have been unrelenting. But to the glory of God, they have been subdued.”