Home » Politics » Number of withdrawn certificates of return rises to 64 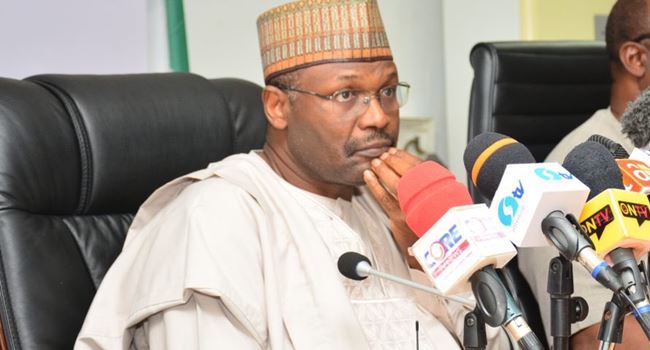 The number of certificates of return withdrawn from candidates of different political parties, who were earlier declared winners in the 2019 general elections, has risen to 64, the Independent Electoral Commission (INEC) has said.

The chairman of the commission, Professor Mahmood Yakubu, disclosed this on Monday when he presented certificates of return to governor-elect of Zamfara State, Bello Mutawalle, his deputy, three senators-elect, and seven House of Representatives members-elect, who are all candidates of the Peoples Democratic Party  (PDP).

The commission had earlier issued those certificates to the candidates of the All Progressives Congress (APC), but had to withdraw them owing to a Supreme Court ruling which held that APC was not qualified to participate in the election.

INEC had recently said that 25 certificates of return had been withdrawn from those earlier declared winners in the 2019 elections and handed to other candidates due to court rulings.

But speaking on Monday, Yakubu said, “In our last update, the commission reported that 25 certificates of return had been withdrawn and issued to persons declared winners by courts of law. Since then, three more certificates have been withdrawn by court orders.

“With the Zamfara case, the figure has now risen to 64. In addition, the commission is studying nine more judgments we were served in the last one week in which primary elections conducted by different political parties were upturned by the courts.”