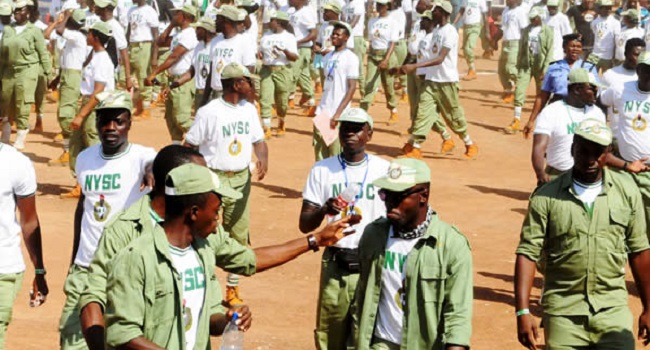 The National Youth Service Corps (NYSC) has denied reports making the rounds that it has abandoned corps members who have tested positive to COVID-19 in isolation centres.

The NYSC made the comments while reacting to an online report which claimed that it abandoned some corps members deployed to Jigawa State who tested positive for the virus.

In a statement via its official Twitter account on Wednesday, the NYSC said it did not abandon the corps members who tested positive for COVID-19 adding that the claim does not represent the true position of things.

The statement on Twitter by the NYSC reads thus in full; “The story is not true and does not in any way represent the true position of things concerning either the corps members in reference or prospective corps members earlier quarantined in other isolation centres for testing positive for COVID-19.

“Of a truth, some corps members of the 2020 Batch “A” deployed to Jigawa State, who returned to camp to conclude the Orientation Programme earlier truncated in March this year, arising from COVID-19 pandemic, tested positive for the dreaded virus at the camp.

“It is pertinent to state that before admission into any NYSC camp, both the prospective corps members or corps members as the case may be, and camp officials must undergo COVID-19 test.

Related Topics:COVID-19NYSCNYSC COVID-19
Up Next

Nigerians should be allowed to carry weapons to defend themselves, Sagay tells Buhari