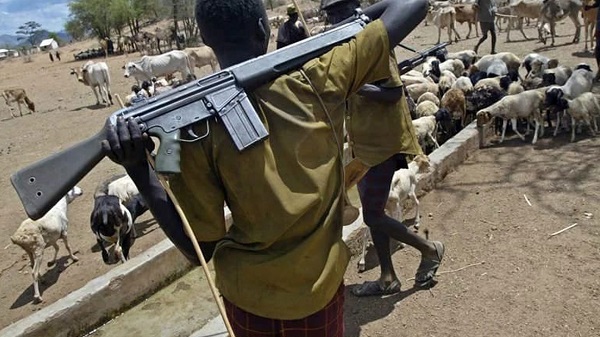 The Yoruba Koya Leadership and Training Foundation, a pan-Yoruba social-cultural group, has lamented over the ongoing insecurity ravaging the region in the hands of suspected Fulani herdsmen.

The group, in a June 12 “O To Ge Rally” (Enough is Enough Rally) tagged: “Safety and Security in Yoruba Land”, held in Lagos to commemorate June 12 as Nigeria’s Democracy Day on Wednesday, called on president Muhammadu Buhari and Southwest governors to protect their lives and properties.

According to them, there is an urgent need to expedite actions on stopping the killer herdsmen in the region to reassure peace for the indigenes.

Speaking at the rally, Otunba Deji Osibogun, the National Convener of the group, noted that the Federal Government as well as the South-West governors must move to save the region from looming disaster.

Osibogun, who noted that the rally was not to declare Oodua or Yoruba Republic as being insinuated, said it was to make government accountable to the needs of the masses, especially in terms of security.

He urged President Muhammadu Buhari to redouble efforts at clamping down on activities of killer herdsmen, saying that the next level mantra of the Federal Government should focus on safety and security as well as accountability.

“It is enough; this suffering is too much. Our political class should not wait until Nigerians bite back. Security is our right.
“Let there be employment opportunities for our youths to prevent them from taking to crimes. Don’t let the hoodlums kill us all, give us security,” he said.

The Yoruba activist noted that hoodlums parading themselves as herdsmen had allegedly overran Yorubaland and tormenting farmers.

He called for licences for commercial motorcycle riders and hawkers, especially for non-indigenes to enhance security and proper monitoring.

It is time for government to sit down and dialogue with the people on security. We are concerned,” he said.

The convener further frowned at alleged clampdown on some Yoruba activists in Ogun, Oyo, Ondo, Osun and Ekiti States, who planned same rallies in their respective states and called for their immediate release.

He urged the people to ask questions about how public funds were being used, saying that the inability of South-West governors to secure major highways called for questions.

According to him, there is need to foster unity among Yoruba nation to move the region forward.

He added that Yoruba should be given what was due to them in the scheme of things.

Also, Mr Maxwell Adeleye said: “There is a no democracy without security. Government should please show more care as people are dying. When security fails, the government fails.

We call on the government of Nigeria, Police and DSS and others to be more responsible and take security of lives and property more seriously. This rally is to appeal to government to be responsible.

“This is to appeal to the government of Ekiti, Ondo, Oyo, Osun, Ogun and Lagos states to take security of lives and property more serious. We are here to say enough is enough.

“Security is an issue we need to address but it is quite unfortunate that our men in some western states are being clamped down.”

Adeleye, who decried cases of killings of innocent Yoruba people by hoodlums masquerading as herdsmen, said the group thought of expressing its grievances on June 12 being a historical day.

DPO, 4 policemen detained for killing wheelbarrow operator, another in Rivers