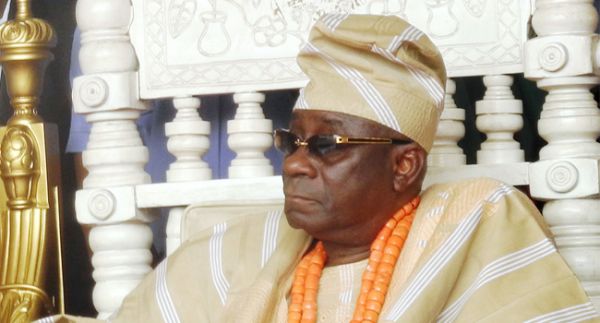 Last year October fire and fury raged in many southern cities and towns in Nigeria over the mindless brutality, torture, extortion and killings associated with the disbanded Special Anti-Robbery Squad (SARS). The #EndSARS revolutionary protests that rocked the nation witnessed unprecedented violence and looting and arson. It took the bloody intervention of some zombie soldiers in Lagos (Lekki Toll-Gate PLaza) for the massive demonstrations to be brought to an abrupt gruesome end.

At Lekki Toll-Gate dozens of unarmed protesters singing the national anthem and holding aloft the national flag were brutally assassinated while hundreds more sustained injuries. Of course, Lagos was the worst-hit as the Lekki bloody incident triggered off chaos and anarchy for days. Public and private properties were either vandalised, looted or burnt down.

The Lagos irrepressible invincible godfather and former Governor, Bola Tinubu, the so-called National Leader of the ruling All Progressives Congress party had his fortified Bourdillon residence and corporate concerns targetted or ransacked. As the dust settled billions of Naira worth of damages had been registered.

SARS were disbanded quite expectedly. Concessions were made by the federal and states’ governments to appease the rampaging youths hell-bent on ushering in a new order devoid of Buharism and whatever odious it represented. It was a revolution aborted or postponed!

Until justice is enthroned and merit rewarded or encouraged in Nigeria then #EndSARS episode two could occur yet again in our criminalised nation.

The Oba of Lagos, Rilwan Akiolu’s Palace at Iga-Idungaran in Lagos Island was attacked by a mob following the Lekki massacre. The first-class monarch was effectively sent out from his royal abode as ‘hoodlums’ took over ransacking the royal residence and looting whatever they could lay their hands on! Oba Akiolu escaped by the whiskers. His ancestors must be thanked for sparing his life.

Oba Akiolu has since returned to his Palace. And he had a lot to tell about his ordeal. Speaking at the commissioning of the Glover Hall Memorial in Lagos penultimate week the Lagos royal father lamented the consequencies of the #EndSARS protests. He had said:

“The destruction we suffered in Lagos is so enormous than in any other part of the country….Many buildings were burnt, including vehicles used to generate income. I can now say publicly that they stole away from my palace $2 million and N17 million”.

Following the bewildering revelation by Oba Akiolu the Centre for Anti-Corruption and Open Leadership (CACOL) in a statement issued penultimate weekend had called on the anti-corruption agencies to investigate the sources of the humongous amount of money allegedly stolen from the palace of the Oba of Lagos.

CACOL had some questions to ask, to wit: “Has the palace of the Oba turned to a financial institution of some sort? Is this not violation of some existing laws? Is this not money laundering?…where exactly is the source of that money, which business is he doing that generated that amount of money for him? Is the Oba of Lagos operating a Bureau De Change in his palace?”

Well, Oba Akiolu could be a rich man given the fact that Lagos is a rich state. The state of aquatic splendour generates billions of Naira revenue daily and the traditional institutions benefit one way or the other from such revenues by hook or by crook. But whatever he earned as a traditional ruler without power cannot justify his status as a millionaire in both Naira and Dollars.

Oba Akiolu’s revelation was striking and stunning in many ways. Pray, how could a royal father have had the audacity to inform Lagosians in particular and Nigerians in general about his misfortune without any corresponding justification as to the source of revenue? Or the Palace served clandestinely as a Bureau-de-change? Or a non-conventional bank where money in different denominations were kept?

While his loss ordinarily elicited sympathy we are at a loss as to how and why such huge amount of money could have been found inside the Palace? Or the Oba was a businessman or an investor?

Traditional rulers ought to be the custodians of culture and tradition in their kingdoms in particular and the society at large. But when you have Obas or Obis or Emirs that are competing with Aliko Dangote in terms of acquisition of wealth then moral questions are called for.

In Nigeria the traditional institutions like other state institutions have been corrupted and bastardized. You have traditional rulers who play politics more than the politicians themselves! You have those like the Oluwo of Iwo, Oba Adewale Akanbi, whose profile make decent men hold royal fathers in absolute scorn.

Whatever was the source of the stolen millions of Dollars and millions of Naira belonging to the Oba of Lagos we hold that the ‘thieves’ that stole the money committed abominable act. Yet those who lost their young lives during the #EndSARS protest must not be said to have died in vain.

While the bandits that gained forceful entrance into the official residence of Oba Akiolu could have smiled to the banks (if what the old local ruler said could be believed) the truth of the matter is that #EndSARS had its good and ugly sides.

Oba Akiolu could be said to be a glorified material victim but his loss can never be compared to the young and promising lives wasted at the Lekki Toll-Plaza in Lagos. Let justice be done to their memories!

MEST opens 2022 applications for entrepreneurs in Ghana, Nigeria. 2 other things and a trivia