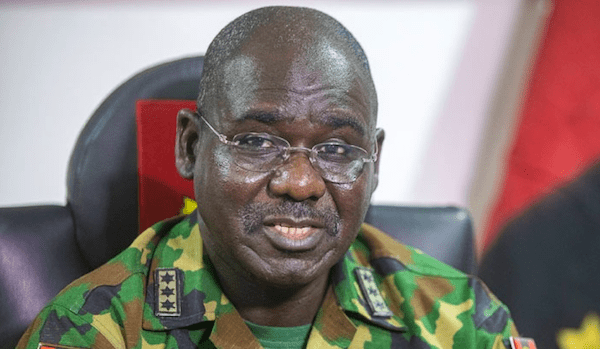 Buratai, who disclosed this during the official handover to his successor, Maj. Gen. Ibrahim Attahiru, at the Nigerian Army Headquarters in Abuja, described his rise to the rank of Lt. General and subsequent appointment as Chief of Army Staff as historic.

He, however, did not disclose the nature of his encounter with Obasanjo at the time of the incident.

Buratai said the army would never remain the same due to the sound legacies he left behind in the Force.

He insisted that the Nigerian Army has been better positioned with intelligence gathering techniques and equipment.

President Muhammadu Buhari had on Tuesday appointed new service chiefs for the country after Buratai and three other military chiefs retired from service.

The former service chiefs were appointed by the president in 2015.

The ex-army chief said: “Former President Olusegun Obasanjo almost retired me 21 years ago when I was a Major. My retirement after 40 years of service is historic, hence, calls for gratitude.