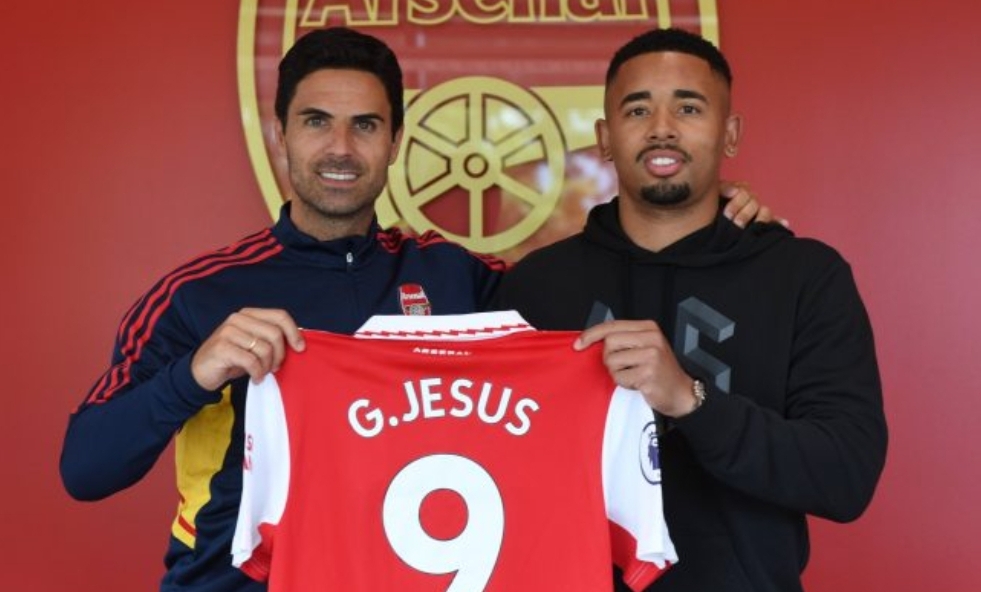 Brazil forward, Gabriel Jesus has completed his £45m move from Manchester City to Arsenal on a long-term deal.

Arsenal manager, Mikel Arteta said “the club has done a tremendous job to recruit a player of this stature.”

Arteta, who worked with Jesus when an assistant coach at City, has been trying to boost Arsenal’s attacking options following the departures of forwards Alexandre Lacazette and Pierre-Emerick Aubameyang on free transfers.

“I know Gabriel personally very well, and we all know him well from his time in the Premier League and being really successful here,” Arteta added.

“This is a position that’s been on our radar for a long time now and we have managed to get a player that we all wanted, so I’m really happy.”

Jesus will wear the number nine shirt for the Gunners.

He made 236 appearances and scored 95 goals for Man City during his five-and-a-half years with the club, winning four Premier League titles, three League Cups and the FA Cup.

“It’s been a pleasure to play for Manchester City,” Jesus said.

“I feel like I am a better player now than when I arrived – and to win 11 trophies has been amazing. My four Premier League titles are particularly special for me.

“I want to thank everyone at City – the manager, my teammates and the fans – for all the support they have given me over the past five-and-a-half years.”

Arsenal will kick off their season with a Premier League game against Crystal Palace on the opening day of the English topflight season.