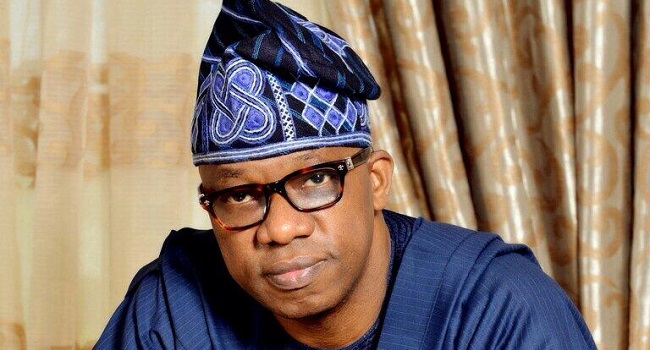 Ogun State governor, Dapo Abiodun, on Monday said he was considering death penalty for kidnappers in the state.

Abiodun disclosed this, when Remo League of Imams paid him an Eid-el-Kabir visit in his Iperu country home.

He described kidnapping as an economic crime that must be stopped by all means.

He added that the judiciary in Ogun State was working towards enacting a bill to that effect.

Abiodun said most of the kidnappers were foreigners who disguised as herdsmen, adding that it would not augur well if criminals were allowed to operate unchecked and hurt the state which is regarded as the industrial hub of the nation.

“We do not want criminals to cause problems for us. The state hosts a lot of companies and Industries. It will not augur well to hear that criminality is prevalent in our State.

“I have asked that those who were caught in the recent kidnappings in the state be brought to me. I will warn them because government will not spare anyone caught in kidnapping henceforth,” he said.

Meanwhile, some suspected kidnappers had abducted one Abdulasis Sanni, the son of the Chief Imam of Ode Omi, a border community between Lagos and Ogun waterside.

Sanni, it was learnt, just returned from Saudi Arabia where he studied Arabic.

It was gathered that the assailants shot at two other sons of the Imam, as they stole a speedboat with which they escaped with their victims.

The gunmen were reported to have also abducted two brothers, Jelili and Bamidele Adams.

Gov. Abiodun has since condemned the act, assuring that the three kidnapped victims would be rescued by the police.

PDP govs accuse soldiers of ‘criminal acts’, urge Buhari to do something