Home » Latest » Oni vows to dump APC for PDP, says he was disrespected 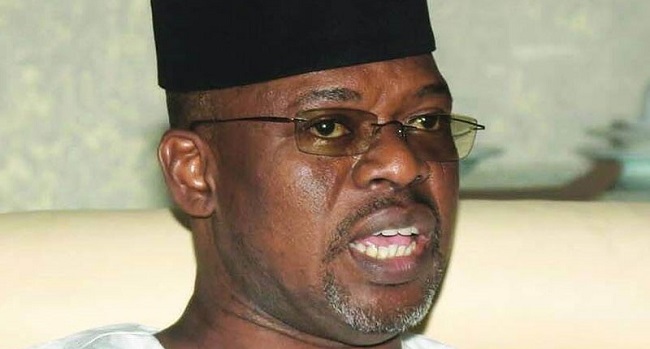 A former Governor of Ekiti State, Engr Segun Oni has given reasons for his decision to leave the All Progressives Congress (APC) for the Peoples Democratic Party (PDP), insisting that there is no going back on the decision.

According to the former Governor, who was a former Deputy National Chairman of the party, his followers and supporters are not well treated in the scheme of things in the party.

He also claimed that he was not accorded his rightful position and respect as a former APC deputy national chairman, while also alleging that the issue of his suspension from the party was never attended to by the leadership.

Oni, who spoke to Tribune Online in an interview on Monday, said he was taking the decision in the interest of his political family whom he said were not well carried along in terms of appointments in the party.

Though he said he would not be pulling out of the party until the second half of the year so as to consult widely with some leaders within the APC, Oni insisted that “we have taken the final decision to leave the party.”

He said: “It is true that I am leaving the APC for the PDP. I actually planned to address the Press on the issue later this week, but now you have made me touch on some of the issues that informed our decision.

“It is not about me, but about my political family, most of whom have their own lives to live and a political future they must protect. They are not been treated well in the APC in terms of appointments.

“Is that how to run a party? You leave out some people when you are giving out appointments all just because they belong to the Segun Oni political family?

“When I was the APC deputy national chairman, some of them said they suspended me from the party. Up till this moment, the issues surrounding the so-called suspension have not been attended to.

Read also: APC govs meet ahead of party NEC, plan how to thwart plot against Oshiomhole

“We have to fight against the tyranny of the minority that is existing in the party. How can some people, who are not even party excos at the ward level gather together to announce the suspension of a party leader?

“When I was the APC deputy national chairman, some people gathered and said they have suspended Clement Ebiri, a former governor, from the party. But I told them to apologise to Ebiri who became a governor when most of them were nobody.

“I can assure you that we are definitely pulling out of the APC. It is not about consulting to take a decision. We have decided on that and it is about the political future of my political group.

“There is no going back on our decision to leave the APC. We are leaving by the second half of the year; we are moving out by Quarter Three. It is about the interest and future of my political family.”