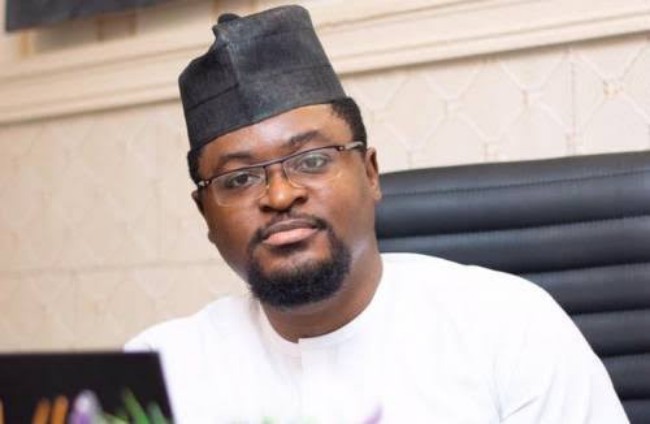 Nigeria is caught in a maelstrom. Ravagers roam across the land unchallenged, extracting tolls in tears and blood from citizens. They expropriate land and govern according to their lust for violence. There is hopelessness in the streets as the country sinks deeper and deeper into a bloodfest. Insecurity will be the toughest trial of the next administration.

Insurgency, banditry and kidnapping have become a quotidian aspect of the Nigerian life. Killings and kidnappings have persisted with each incident surpassing the previous in gruesomeness, audacity and ruthlessness.

Last Thursday, a divisional police officer (DPO) who was leading his men to rescue kidnap victims in Nasarawa was himself stolen by these dare-devil freebooters. His abductors demanded five million naira before he would be freed. What could be more embarrassing? A few days ago, some residents of the Federal Capital Territory (FCT) were kidnapped on their farm. In Niger, Zamfara and Kaduna, citizens have resigned to a doomed existence. The situation appears hopeless.

Nigerians held high hopes for the Buhari administration because of the president’s promise to roll back the crushing boulder of insecurity. There was a surfeit of hope and trust in the president being a retired army general. But clearly, the administration is overwhelmed and has surrendered to the fierce and cold grip of these death-dealers from the netherworld.

We need to stir disciplined conversations on the most pressing issues – not inanities — and interrogate those that have come forward to lead the country on matters of governance.

Tinubu has been an advocate of state police. He had emphasised the primacy of state police a number of times in public discourses. In a statement in 2020, the APC presidential candidate said state policing is the viable path to securing Nigeria and Nigerians. Hear him: “The time has come to take the necessary legal actions to allow for the creation of state police and the recruitment and training of many more police officers. Such state-created forces should be based on the modern tenets of community policing and optimal relations and cooperation with local communities. Measures such as these are needed to cure present gaps in how military and law enforcement treat the general public.’’

Read also:OPINION: Will Tinubu back or abandon restructuring?

It is obvious the present security set-up cannot guarantee the protection of citizens. Recently, Nasir El-Rufai, governor of Kaduna, whose state has suffered much devastation from the devilment of terrorists, called for the creation of state police. Bello Matawalle, another governor whose state (Zamfara) is in the throes of terror, a few days ago asked residents to take up firearms and defend themselves. What could be more depressing?

Really, I agree there is a need for the retooling of the current security architecture which is unwieldy and cannot cover many parts of the country, leaving ungoverned spaces for terrorists to annex. But if Tinubu becomes president, can he pull off the creation of state police? The national assembly has a critical role to play as well as the state houses of assembly because the constitution will need to be amended to accommodate the new force. Currently, policing is the exclusive preserve of the federal government. I believe unbundling the current policing arrangement where orders will have to come from Abuja for an operation in Okitipupa is long overdue.

Obi has been unequivocal about the place of job creation as a counteragent to insecurity. He has said many times that unemployment is the instigator of insecurity. I agree, but not absolutely.

The Labour Party presidential candidate once said: “The state of insecurity under this administration is the worst the country has ever experienced. To address it, we need to look at the economy and focus on reversing the loss of jobs.’’

Unemployment is a vector of insecurity, no doubt. But it is simplistic to assume that unemployment is the sole agent of the crisis. I will grade job creation; welfare guarantees and provision of common facilities as basic duties of government. But insecurity goes deeper than job statistics. Even countries like the US with relatively impressive job statistics are still plagued by violent crimes. So, essentially Peter Obi needs to work out his security blueprint and strategy.

Atiku’s antiserum to insecurity is the mixture of job creation and boosting the police number. He has said on different occasions that with job creation and effective policing the crime rate will plummet.

“Every part of this country is dealing with one aspect of insecurity or the other, I will be very tough on law and order. I will increase the number of policemen in this country. I will equip them, I will also increase the number of the armed forces, equip them very well, just like we did from 1999 to 2015. It is only when you secure the country, there is peace, there is law and order, you can deal with economic challenges,’’ he said in May at a meeting with delegates in Ogun state.

I agree with Atiku on his prescription. But are we not taking the same route as before as regards recruiting more police officers? It has been done before, but what has changed? In the past, as it is in the present, the recruitment of police officers was often steeped in controversy and allegations of corruption. Will Atiku alter the status quo, if he becomes president?

I urge the candidates to release their security strategy documents so that Nigerians can better assess their readiness to address this challenge. It should not be the same perfunctory performances and histrionics – Nigeria is at war.