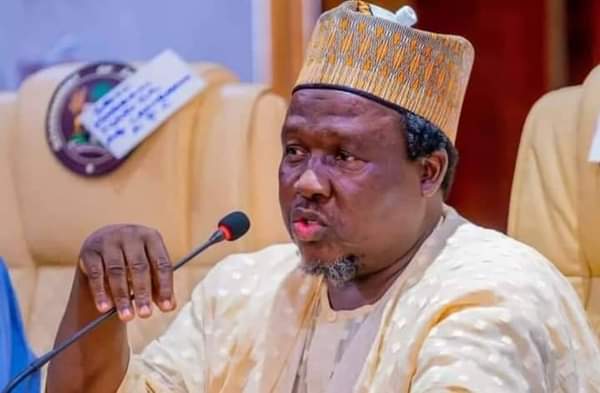 Kabiru Masari, the running mate to the All Progressives Congress (APC) presidential candidate, has declared missing his school certificates and the document for a landed property in Katsina State.

In a sworn affidavit he deposed in July 2021 in Katsina, Masari claimed that the Grade II certificate obtained from the state’s Teachers College and his primary school certificate were missing.

Also reportedly missing was the Certificate of Occupancy (C of O) for plot KT 17522 in Katsina State.

The affidavit was submitted to the Independent National Electoral Commission (INEC) on June 17.

Masari was announced as APC vice presidential candidate, albeit, in a placeholder capacity on the same day.

He said: “Sometimes in January 2021, while on transit within Wuse Area, FCT-Abuja, I discovered that my original Certificate of Occupancy (C of O) of Plot, No KT 17522, GRA Katsina, Katsina State; Certificate of Kaduna State Development Centre from 1994 – 1995 were missing.”

“Efforts made to trace the documents proved abortive hence this affidavit.”

Tinubu had also declared that the academic certificates he acquired from secondary school were among the documents destroyed when his property at the Balarabe Musa Crescent in Victoria Island, Lagos, were set ablaze by agents of former Head of State, late Gen. Sani Abacha, in 1997.

Jonathan reveals how Tambuwal, others made it impossible to implement outcome of 2014 CONFAB report