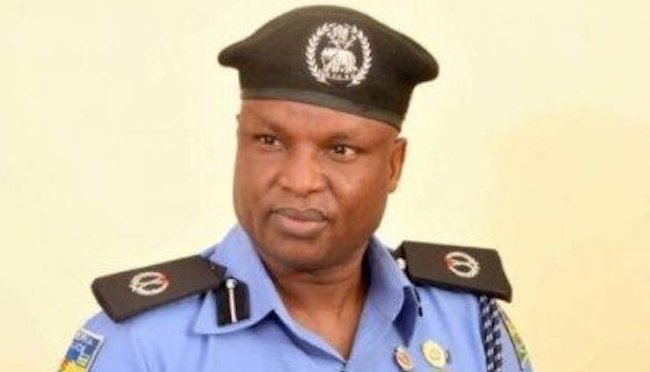 The unfinished business. Just as uncompleted projects line the arteries of Nigeria, inchoate probes and investigations afflict the system. It appears probes are exploited to keep Nigerians busy and excited in an elaborate conspiracy and to cover up official malfeasance – and in some cases to ‘’blackmail and extort’’ — as it is the case with national assembly investigations.

I recall the probe of the Niger Delta Development Commission (NDDC) by the national assembly in 2020. After the pyrotechnics and theatrics, the very essence of the investigation was lost — or perhaps interred. Some federal lawmakers and ministers were accused of benefiting from the corruption in the NDDC. The panel investigating the alleged pilfering of N81 billion Niger Delta funds spat fire, sputtered and eventually quenched itself.

To date, nothing has come out of that histrionic exercise – a complete waste of taxpayers’ money and time. In fact, the report of the panel handed to the leadership of the national assembly was never debated or considered. It was summarily buried like a decomposed corpse. The entire exercise – from the beginning — was primed for self-termination. It was never about bringing to justice those who stole Niger Delta funds; it was never about cleaning up the commission; it was never about the Niger Delta people; it was all about blackmail, political chicanery and tit-for-tat, and extortion.

The forensic audit report on the NDDC was submitted to the president in September. 13,000 projects across the Niger Delta were said to have been abandoned – despite funds released for them. Not one person has been made to account for these larcenies. Not one.

The senate investigated the Nigeria Social Insurance Trust Fund (NSITF) for alleged diversion of N84 billion in June. The probe suffered a miscarriage. The senate also embarked on an audacious but phony probe of ministries, departments and agencies (MDAs) over alleged unremitted N3 trillion – being revenue realised by the MDAs. The probe ended as soon as it started — a vaporous distraction from the emasculated posse the senate has become.

READ ALSO: Omokri questions why Obi Cubana was invited by EFCC, but Abba Kyari was not

The senate summoned Danladi Umar, chairman of the Code of Conduct Tribunal (CCT), in April for allegedly assaulting a security guard at Banex Plaza in Abuja. The probe turned out to be a rendition of showmanship – vacuous and unyielding.

The national assembly is not alone in this folly. The presidency investigated Ibrahim Magu, former acting chairman of the Economic and Financial Crimes Commission (EFCC), for alleged insubordination and corruption – based on the recommendation of Abubakar Malami, attorney-general of the federation (AGF), who himself has hefty allegations hanging on his neck. Magu had alleged that his travails mechanised by Malami was ‘’corruption fighting back’’. A case of unclean hands holding the gavel over the unclean.

The former anti-corruption czar was sacked as EFCC acting chairman but he returned to his primary job as a police officer. He was even recommended for promotion to the rank of assistant inspector-general of police — if not for the public outcry that muddled the plot.

The panel led by Ayo Salami, former president of the appeal court, which investigated Magu submitted its report to the president in November 2020, recommending his prosecution. To date, nothing has been said about the report. Magu appears to be on tenterhooks, suspended in anticipated misery, not knowing whether to laugh or cry.

But if Magu is not fit to be EFCC chairman going by the allegations levelled against him by those who appointed him, is he fit to remain a police officer?

The Federal Bureau of Investigation (FBI) indicted DCP Abba Kyari of complicity in fraud involving Ramon Abbas, better known as Hushpuppi. Kyari was suspended and the police set up a panel to probe the allegation – in August. Five months after, there is no closure despite the promise of Usman Baba, inspector-general of police, to make the outcome of the investigation public.

The artificers of the system understand Nigerians’ low attention threshold for important matters; so they play the waiting game – waiting for time to submerge the outrage in oblivion.

Nigerians are being taken for a ride. There is no sincerity in these probes. The intention ab initio is to conceal wrongdoing and to excuse misconduct – because, really, even those probing the accused are not guiltless. They have skeletons and carcasses stacked up in their closets.

The operators of the system cannot build citizens’ trust this way – if building citizens’ trust matters to them anyway. Nigerians may be losing confidence in these processes because they have become circuses, providing comic relief rather than addressing fundamental issues of discipline, law and order.

Probing allegations of corruption against public officers without sincerity of purpose and without resolution of the issues is in itself corruption. If the managers of the system will not give teeth to these probes, then what is the need of wasting taxpayers’ money chasing a will-o-the-wisp?

Give them teeth or desist.

OPINION: Buhari and the electoral law

OPINION: Never in the history of our nation has it been this bad