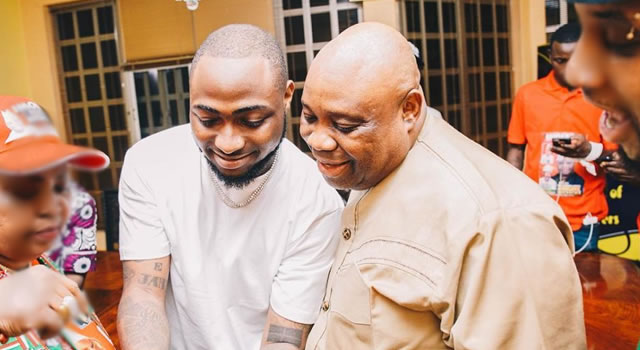 Popular singer Davido Adeleke has received accolades for the role he played in galvanising support for his uncle Senator Ademola Adeleke in his bid to secure victory in the Osun State gubernatorial election which was declared inconclusive by the Independent Electoral Commission (INEC).

Senator Ben Murray Bruce took to Twitter to praise the efforts of the musician saying in his post that anyone that has a son or a nephew like you (Davido) does not even need federal power.

He wrote; “Dear @iam_Davido, Anyone that has a son or a nephew like you does not even need federal power. God has blessed that person with a power mightier than that wielded by the clueless @OfficialAPCNg. The @OfficialPDPNig has a lot to be grateful to God over you and your steadfastness!”

In the same vein, Reno Omokri, the former new media aide to ex-President Goodluck Jonathan took to Twitter to shower praises on Davido, saying after his uncle may have spent two terms in office, he doesn’t see any better candidate to replace him than Davido.

Reno tweeted; “After, by the grace of God, @IsiakaAdeleke1 has finished his 2 terms as @OfficialPDPNig Governor of Osun, I can’t think of a better person to succeed him than @iam_Davido. He has shown himself to be a study in loyalty and sacrifice. I wish he can even be Governor now!”

Meanwhile, stand-up comedian, Francis Agoda, popularly known as I Go Dye has berated INEC for declaring the much-followed elections staged over the weekend as ‘inconclusive’.

In an interview with a popular Nigerian newspaper, the skinny comedian described the inconclusiveness of the poll as “nothing but a rape on our democracy”.

The comedian said; “Going by global democratic trend, the will of the people cannot be subverted. Let no one assume the knowledge of superiority against the truth. It shall backfire.

“The present election is a testimony or test of what may likely happen in 2019. We don’t need to win at all times. There should be a time to learn how to do things right.

“However, I call on Osun people to be law abiding and allow justice to take its course. How will INEC justify the fact that with the high number of security operatives present, there were still cases of irregularities?

“This is a slap on our democracy and should not be encouraged at all. “What is inconclusive? This is nothing but a rape on democracy and our sensitivity as a people?”