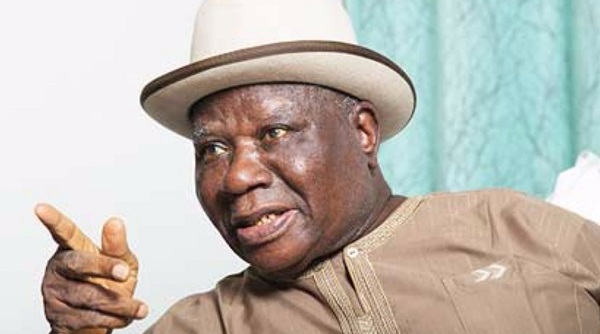 Apex Niger Delta sociopolitical group, the Pan-Niger Delta Forum (PANDEF) has condemned the decision by the Peoples Democratic Party (PDP) to throw open its 2023 presidential ticket instead of zoning it to the Southern part of the country, while insisting that the next president must come from the South.

The group described the move by the main opposition party as throwing away it’s best chance of toppling the APC in the 2023 general election.

In a statement signed by PANDEF’s National Publicity Secretary, Ken Robinson on Wednesday, the group claimed that the decision by the party’s Zoning Committee led by Governor Samuel Ortom of Benue State which arrived at the decision, was ill-advised and acted on a planned script.

“It is an awful decision and there will be consequences. But we are not utterly surprised at the development,” the statement said.

“The outcome was predictable; there were evident-pointers that this would be the conclusion.

“Governor Ortom’s Committee has a script and they have played it out with due deference to some patriots that were in the Committee.

“The level of desperation and political debauchery being demonstrated by some political stakeholders is deplorable and quite disappointing.

“Regrettably, we are in a society where it seems anything goes. We will await the conduct of the presidential primaries by the parties to assess the choices that would be presented to us.”