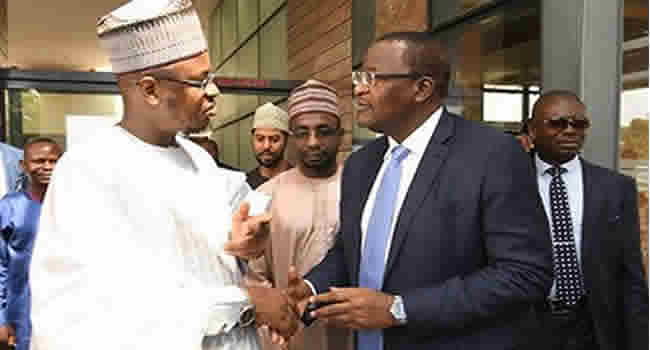 The Minister of Communications and Digital Economy, Dr. Isa Pantami, on Wednesday urged Information and Communication Technology (ICT) experts across West Africa to be ambitious towards its growth in the area.

He stated this at the 18th Annual General Meeting (AGM) of the West African Telecommunications Regulators Assembly (WATRA) currently holding in Abuja.

The meeting was also attended by the Executive Vice-Chairman of the Nigerian Communications Commission (NCC), Prof. Umar Danbatta.

In his opening remarks, Pantami described WATRA as a strong union of 16 countries.

He said there was a tremendous advancement in the development of the telecommunications sector in West Africa with its liberalisation through the establishment of modern legal and regulatory structures for telecommunications delivery in the region.

The minister stressed that Nigeria was the largest mobile telecommunications market in Africa largely based on rapid development following the successful auction of Digital Mobile Licences (DML) in 2001.

He said as of July 2020 the market served over 199 million mobile lines with over 150 million of those lines connected to Internet services by January.

Pantami noted that in recognition of the tremendous economic opportunities afforded by the deployment of broadband technologies to accelerate telecommunications service delivery in Nigeria, the federal government through the ministry developed the National Digital Economy Policy for the country.

“As at the time we commenced the process of drafting the Broadband Plan, our broadband penetration in the country was just over 33 percent.

“As a result of the implementation of the new plan, this broadband penetration significantly increased to 45.07 percent by November 2020.

In his remarks, Danbatta said WATRA’s potential in driving socio-economic development in the region was inestimable.

He said the time had come for all to come together and propel WATRA to achieve its true potential in putting the region at the forefront of ICT development on the continent and engender a truly digitalised society.

Related Topics:DanbattaICTPantamiWest Africa
Up Next

Oyo Gov, Makinde, under criticism over purchase of 20 bicycles for transportation within secretariat