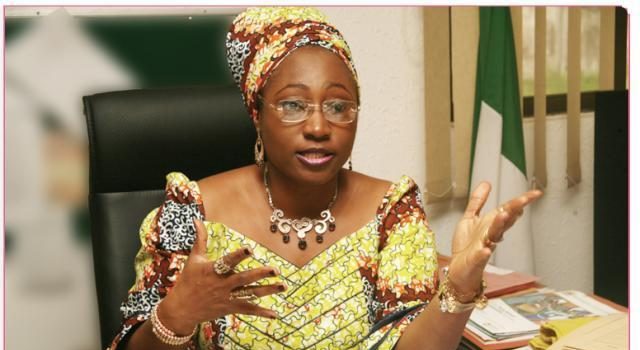 The Ekiti State chapter of the Peoples Democratic Party National New Media Group (PDP-NNMG) has said that wife of the state governor, Mrs. Bisi Fayemi must be held responsible for the violent protest by students of the Federal University, Oye Ekiti (FUOYE) on Tuesday.

The violence allegedly led to the death of two students and destruction of properties.

Police in the state had claimed that the students attacked Mrs. Fayemi while she was returning from a tour of the 16 local government areas of the state on an empowerment programme.

But in a statement on Wednesday by its state coordinator, Bola Agboola, the PDP-NNMG asked why a similar protest held by the students of FUOYE in Ikole Ekiti did not turn violent.

“In Ikole Ekiti, students of the Ikole Campus of FUOYE also protested yesterday. The protest went smoothly ostensibly because there was no police interruption.

“The chiefs in Ikole Ekiti addressed the students, calmed them down and promised them necessary intervention and that was the end of the protest,” the group said.

PDP-NNMG further said that it was obvious that Fayemi’s wife failed to play her role as a leader “by addressing the protesting students and at least “promising them that government will intervene in their plight.”

It added, “Information has it that the students only wanted to express their frustration on lack of power supply and exorbitant bills by the Benin Electricity Distribution Company (BEDC) to the governor’s wife and question must be asked as to why one of the policemen in her entourage slapped one of the students.

“We were in Ekiti State when Ekiti State University (EKSU) students protested over imposition of N10, 000 late registration fee and the governor then, Ayo Fayose did not order policemen to shoot the students. Instead, he allowed them to come to the Governor’s Office where he personally addressed the protesting students and calmed them down.”