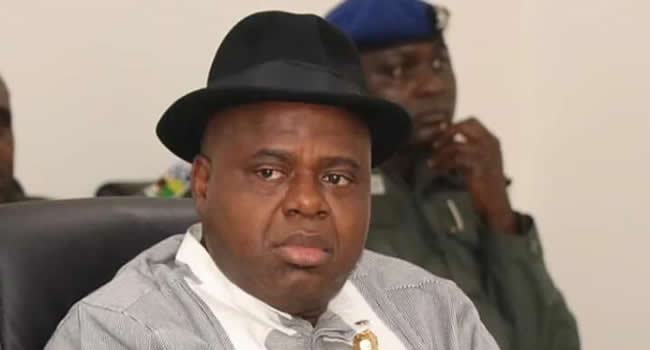 Governor Douye Diri of Bayelsa State has expressed confidence that the Peoples Democratic Party (PDP) will in 2023 bring about the desired change Nigerians are yearning for.

Diri also advocated the strengthening of the party at all levels in order to wrest power from the ruling All Progressives Congress (APC) at the centre in the 2023 general elections.

In a statement on Thursday by his Chief Press Secretary, Mr Daniel Alabrah, the governor noted that the PDP was the only reliable alternative party that could provide purposeful leadership at this point in time.

He said, “Nigeria is ripe enough for change. We have experienced the change that the APC brought and now it is time to change the change.

“PDP is the only veritable and reliable alternative party for now. So, you and I have been given the mandate to rescue this nation. We have the best times to bounce back to the national scene.

“Our appeal is that the APC should allow the people to determine who becomes their president in 2023. We don’t want Nigeria to go down,” he said.

Diri also cautioned that the party and country’s interests should be placed above personal considerations in the choice of a presidential candidate, noting that political power should be utilised to positively impact lives as it was ephemeral.

EFCC boss, Bawa, explains why his predecessors were ‘disgraced’ out of office