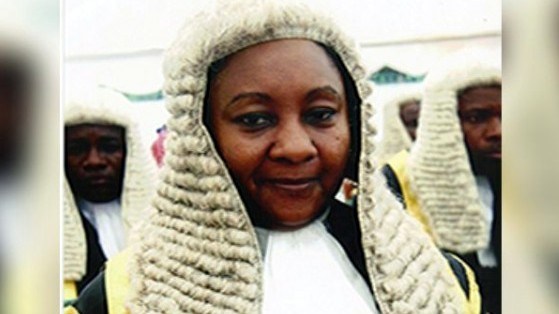 Apparently afraid of not getting fair judgment from Justice Binta Nyako, the acting chairman of the Economic and Financial Crimes Commission (EFCC), Ibrahim Magu, wants the judge to hands off all corruption cases instituted by the anti-graft agency assigned to her.

To this end, Magu has written to the Chief Justice of the Federation, Justice Walter Samuel Onnoghen, pleading that all EFCC court cases being handled by Nyako of a Federal High Court Abuja, be reassigned to another judge.

EFCC Prosecuting Counsel, Onjefu Obe, made this known to the court during the trial of Umar Audu Bida, Truth Igogori, Ifenyinwa Nwankwesiri and Ogechukwu Obaji. The quartet is being prosecuted by the EFCC over their complicity in a $1 million fraud.

Obe gave the reason the anti-graft agency wants its cases removed from Justice Nyako on the likeliness of the trial judge being bias in handling the cases, especially as the EFCC is also prosecuting her husband, Murtala Nyako, a former governor of Adamawa State for alleged fraud.

The defendants were arraigned before Nyako in 2017 on a nine-count charge bordering on conspiracy, forgery and obtaining by false pretence to the tune of $1 million.

They were said to have swindled Donald Latella of North Park LLC of the said sum in a business deal involving the supply of about two million barrels of Bonny Light Crude Oil.

They had pleaded “not guilty” to the charges.