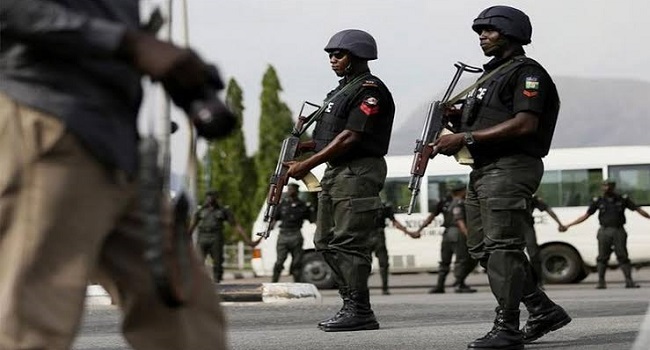 The Adamawa State Police Command said on Tuesday that a five-man armed robbery gang terrorizing the Numan-Savannah-Lafia portion of the Yola-Gombe Highway had been arrested.

The gang comprises of four men and one woman.

The command’s spokesman, Sulaiman Nguroje, who disclosed this in Yola, said 22 handsets and N52, 280 cash were recovered from the suspects.

He said: “Through intelligence report received, the police were able to lay hands on these people who have been constantly robbing travellers, especially at night along Numan-Savannah-Lafia road.

“They confessed to have collected these handsets and money from travellers in the course of their operations on the road.”

Numan is a gateway town of some 70 kilometres from the Adamawa State capital, Yola.

According to the command’s spokesman, the five suspects who were apprehended in the early hours of October 26, are Shuaibu Suleiman, Adamu Abdul, Buba Umar, Ali Ibrahim and Adama Umar.

He asked travellers who lost their phones to armed robbers on the identified road to visit the police headquarters in Yola to identify and claim them.

“The Commissioner of Police, Audu Madaki, has deployed additional men and officers to beef up the anti-robbery squad to apprehend more of the robbers on the run and recover their weapons,” Nguroje added.