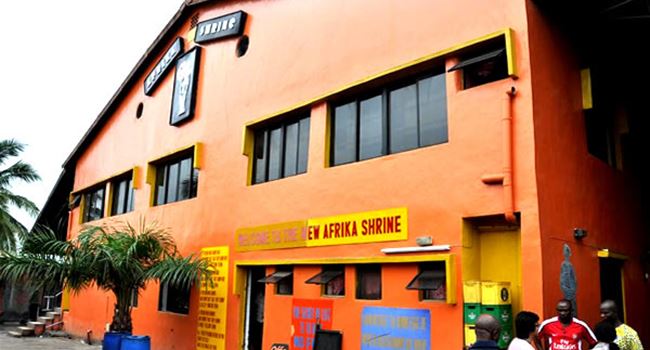 Men of the Nigeria Police Force have besieged the Afrika Shrine in Ikeja, Lagos with reports revealing that their mission is to prevent a meeting on #EndSARS announced by Afrobeat singer, Seun Kuti, the son of legendary creator of the music genre, Fela Anikulapo Kuti.

Reports say men of the Nigeria Police Force have taken positions at surrounding areas and positioned their vehicle in front of the entrance to prevent the proposed meeting of like minds to evaluate the impacts and lessons garnered from the recent #EndSARS protests that rocked the nation last month.

Seun Kuti had circulated flyers, publicizing a parley to deliberate on the lessons from the October demonstrations but the police warned against any gathering, citing the violence and arson that followed the agitation.

“You are hereby warned to suspend such gathering as any infraction that may emerge from this gathering will be tagged a deliberate action to sabotage the transition and restoration of the peace in Lagos State by the Lagos State Government and the Nigeria Police Force,” it read.

Seun had also earlier reacted to the threats by the Lagos State Police Command to close down the New Afrika Shrine after he announced the proposed meeting on the #EndSARS protests.

Reacting to the threat, Seun revealed that the police invited his elder sister, Yeni Kuti, and warned her that should the programme go ahead as planned, the Shrine would be closed down.