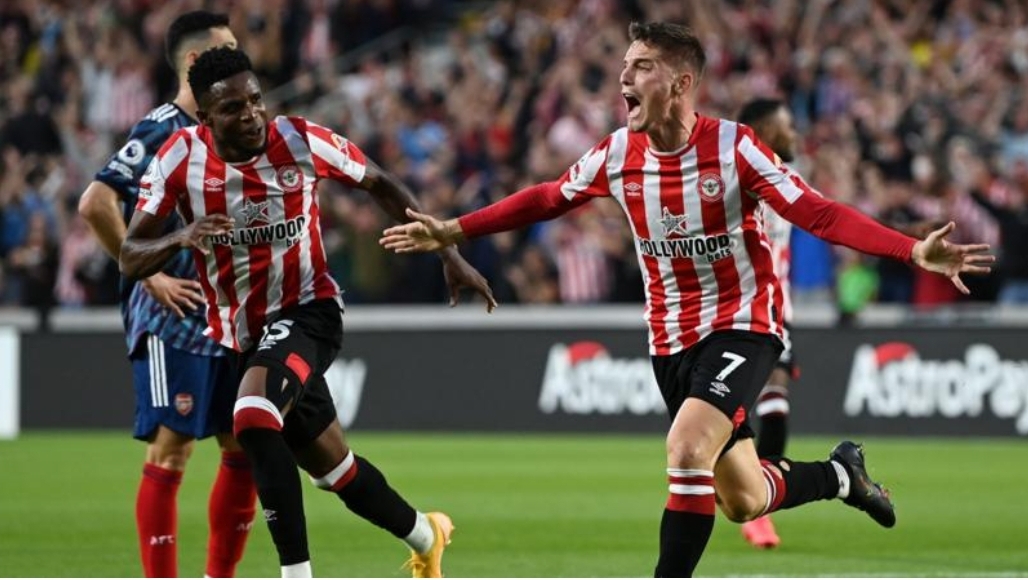 The 2021-22 Premier League season officially kicked off on Friday night with a thrilling encounter between Arsenal and newly-promoted side Brentford.

The game, which was played in front of a full Stadium as fans have returned following the coronavirus pandemic, saw the Gunners beaten 2-0 away by their hosts.

The newcomers scored the opening goal in the 22nd minute when Sergi Canos smashed in a low strike to hand the Bees the first goal of the season.

Christian Norgaard headed in the second goal in the 73rd minute after Arsenal made a mess of dealing with a long throw-in.

Arsenal were without the duo of Pierre-Emerick Aubameyang and Alexander Lacazette who were reported ill earlier on Friday.

In their absence, Folarin Balogun got the nod to lead Arsenal’s attack but failed to impress before he was replaced on 59 minutes by Bukayo Saka.

For Brentford, Nigerian midfielder, Frank Onyeka made his debut as he was in action for 80 minutes before being substituted by Bidstrup.

Related Topics:arsenalBrentfordPremier League
Up Next