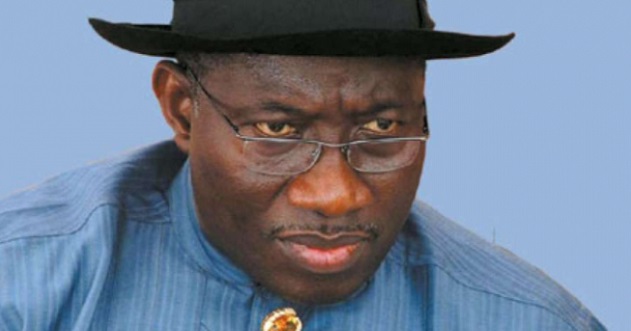 The Buhari Media Organization (BMO) has called on Nigerians to hold the senior officials in the immediate past government of President Goodluck Jonathan and the People’s Democratic Party (PDP) responsible for the failure of Nigeria gas deal with the Process and Industrial Development Limited (P&ID).

According to the group, the deal was a “well organized scam” which the party and its leaders have to explain to Nigerians.

It said PDP and its stalwarts should be made to provide answers to posers raised by the Attorney General of the Federation and Minister of Justice Abubakar Malami.

BMO said that this was necessary in the light of new details about the fraudulent nature of the contract that was signed in 2010 by officials of the PDP-led government without resort to the Federal Executive Council (FEC).

In a statement signed by its Chairman Niyi Akinsiju and Secretary Cassidy Madueke, the group maintained that chieftains of the former administration and the top echelon of the People’s Democratic Party should explain to Nigerians how such a well organised scam was perpetrated under its watch.

“We have always believed that the controversial gas supply contract was a scam and we made that clear in an earlier statement alerting Nigerians, so we were not surprised to see the recent comprehensive report by Bloomberg Business week with the title: ‘Is one of the World’s Biggest Lawsuits Built on a Sham?’

“All these were at a time that representatives of the British Virgin Island-registered company were busy pulling PR stunts to force the Buhari administration to opt for a negotiated settlement.

“But Attorney General, Malami has now raised some posers that all well-meaning Nigerians should get PDP to provide answers for, especially now that its leaders have again travelled to their usual haven of strategy sessions. ‘Why was such a major contract awarded to a company, whose address is C/O of a lawyer’s office: Trident Chambers, P.O Box 146, Tortola, British Virgin Island?’

“It would also be ideal for PDP to explain why the contract was not passed to the Federal Ministry of Justice for vetting and why FEC approval was not sought on the contract.

“Other posers raised by the Attorney General were: ‘Was there any direct capital inflow arising from the contract? And why were the Nigerian National Petroleum Corporation (NNPC), Nigerian Petroleum Development Company (NPDC) and International Oil Companies (IOCs), who were to supply the gas component of the agreement, not made parties to it?

“These are some of the questions that a party that nearly ran the country aground with little or no infrastructure in 16 years need to answer for the benefit of some Nigerians who see it in a different light,” it said.

Going forward, BMO also posited that the manner the All Progressives Congress (APC)-led government is handling the matter is a major proof that the President Buhari is indeed on a rescue mission.

“The contract was designed to fail from the outset especially as there were no facts on ground to show that both parties were prepared to keep to the terms of the agreement.

“This is aside from the fact that the centre of arbitration was taken to London, and not Nigeria, a sovereign nation which is also a party in the contract and how some Nigerians practically made it easy for the arbitration panel to make a $6.5b award against the country which later grew to $9 billion, which is about 20 per cent of Nigeria’s foreign reserves.

“We however hope that Nigerians have seen how the President is patriotically taking steps to ensure that the country is not made to pay the judgement debt by moving to prove that the contract was a scam in the first place.

“It is against this backdrop that majority of Nigerians have thrown their weight behind the decision to order the Economic and Financial Crimes Commission (EFCC), the National Intelligence Agency (NIA) and the Inspector General of Police to get to the root of how P&ID got the GSPA in 2010 and the circumstances that led to Nigeria not fulfilling its contractual obligations under the agreement.”