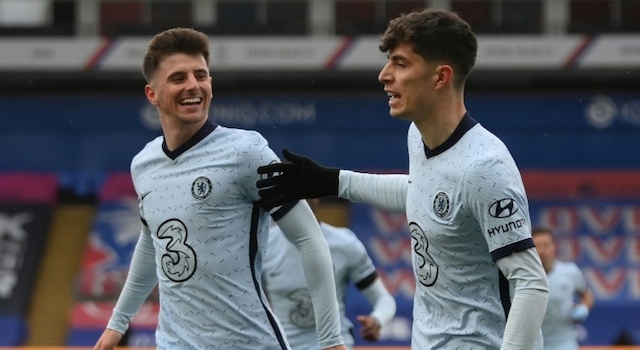 Fresh from midweek victory over Portuguese giants, Porto, in the UEFA Champions League, Chelsea on Saturday trounced Crystal Palace 4-1 in the English Premier League clash at the Selhurst Park Stadium.

The duo of Christian Pulisic and Kai Havertz were the star of the show with the German international pulling the strings in the midfield for Thomas Tuchel’s men against their London neighbours.

West Ham with two points behind the Blues would reclaim fourth if they beat Leicester on Sunday.

Havertz, who has endured a difficult time since his close-season move from Bayer Leverkusen, got the opening goal for Chelsea against the Roy Hodgson troops.

The 21-year-old turned provider to set up Pulisic for the second goal before Kurt Zouma put Chelsea three up after 30 minutes.

Christian Benteke pulled one back for Palace in the second half but Pulisic netted his second as Chelsea cruised to victory in South London.

Related Topics:ChelseaCrystal Palace
Up Next