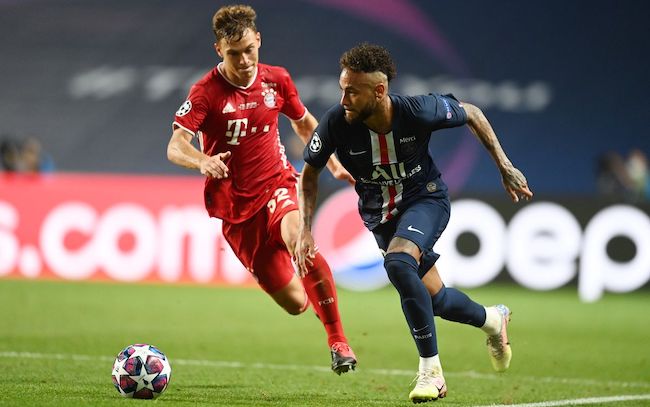 Two goals in each half by French prodigy, Kylian Mbappe, condemned the German champions to its first defeat in the competition this year.

Brazilian defender Marquinhos was also on the score sheet for Mauricio Pochetino’s side while Bayern’s two goals were scored by Cameroonian skipper, Eric Choupo-Moting and Germany international, Thomas Muller in the 37th and 60th minute respectively.

In Spain, the English side, Chelsea moved a step closer towards its first semi-final in the UEFA Champions League since 2012 after defeating Porto 2-0 in both sides’ first leg clash at Ramon Sanchez Pizjuan Stadium in Seville.

Two goals by the duo of England internationals, Mason Mount and Ben Chilwell were enough to give the Londoners a priceless away victory against the Portuguese giants.

The return leg of both games will be played next week.