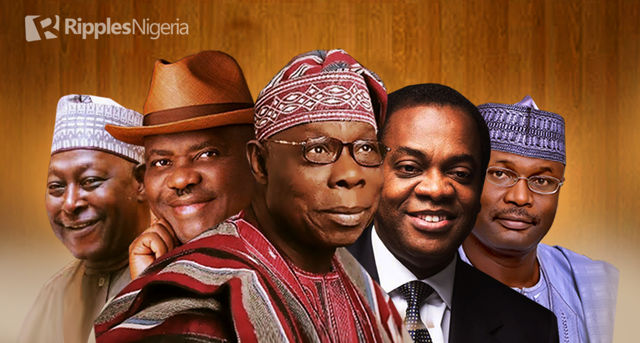 The Federal Capital Territory (FCT) High Court last week discharged and acquitted the former Secretary to the Government of the Federation, Babachir Lawal, on the N544million fraud charges.

On November 18, Justice Charles Agbaza of the FCT High Court discharged and acquitted Lawal and five others on the N544 million fraud charges brought against them by the Economic and Financial Crimes Commission (EFCC).

The judge, who ruled on Lawal’s no-case motion, said: “None of the 11 witnesses who testified on behalf of the EFCC had established any elements of any offense.
“The EFCC failed to prove that Babachir Lawal was a member of the Presidential Initiative for the North-East which awarded the contract, or the Ministerial Tenders Board which examined and approved the deal.”

The ruling illustrates the technicalities associated with the dispensation of justice in Nigeria where cases many thought would end in convictions turned out in favour of the accused. It may not be Uhuru though, as the right of appeal is yet to be exercised.

The onus, therefore, lies on the anti-graft agencies to always discharge the burden of proof on criminal cases before filing such in court.

This reinforces the call for the strengthening of the anti-graft agencies to carry out their functions effectively when the need arises and check public office holders from abusing their positions.

A former Cross River State Governor, Donald Duke, said on November 20 that Nigeria had moved from being a failed state to a global threat.

Duke, who spoke at the Front Foot Media Initiative’s roundtable discussion held in Ikeja, Lagos State, lamented that the Nigerian system has become completely corrupt that no political party could get the country out of its current state.

He said: “The only hope we can have is judicial reform. Judicial reform is more pertinent than political reform. One of the weaknesses in our nation is the justice system. Without justice, you will have no peace and unity.”

The ex-governor’s remark speaks to the parlous state of Nigerian society where no institution is exempted from the rot in the system, particularly in the last seven years.

While Duke may have hit the nail on the head in his assessment of the country, the statement is a challenge to Nigerians to get it right in their leadership recruitment process in the efforts to get the country out of the woods.

The 2023 elections, without doubt, present the country with another opportunity to correct past mistakes by electing individuals that will return the country on the path of progress following the failure of the current administration in all areas of our national life.

READ ALSO:QuickRead: Attack on Atiku’s campaign team. Four other stories we tracked and why they matter

The governor, who spoke during the flag-off of the PDP state-level campaign at the Adokiye Amiesimaka Stadium, Port Harcourt, said: “Nobody will listen to a campaign led by a corrupt man. Ayu is corrupt… I said you took N1bn. I told you, you took the money we realised from the primaries. Ayu sue me!

“You cannot fight Rivers State and go free. Ayu, you cannot lead me or Rivers State to any campaign because you are very corrupt.”

The governor’s latest statement suggests that there may be no way out of the protracted crisis in the major opposition party, and further calls attention to the popular claim that politics is an interest-driven game.

The refusal of both men and their supporters to shift ground and work together in the interest of the PDP may have sounded a death knell on the party’s hope of regaining power next year.

4. Obasanjo’s push for devolution of powers

Former President Olusegun Obasanjo on November 17 identified devolution of powers as the solution to the myriads of problems in the country.

The former president, who made the call when the leaders of the Yoruba Council of Elders (YCE) visited him at his Olusegun Obasanjo Presidential Library (OOPL) in Ogun State, said that the devolution of powers could only be achieved if leaders stand for sincerity, unity, decency, diligence, and bluntness on issues.

He said: “When I interviewed 12 persons on their understandings of what restructuring is all about, what I got was different. Some said they want three, or four regions.
“Some said they want 12 states. I got to understand that all they were asking for is devolution of powers and this is not too much to ask for.”

Obasanjo’s latest position on this subject is a reminder of the unfinished discussion on restructuring of the country which demands an honest dialogue between and among its various entities in a bid to address the separatist agitations and misgivings in Nigeria.

It also lends credence to the continued agitation for the establishment of state police as an ideal solution to the security challenges in many parts of the country.

In a statement issued by its Chairman, Prof. Mahmood Yakubu, the commission reassured Nigerians of its commitment to free, fair, and credible elections next year.

The statement read: “Once again another election is upon us, the 7th since the restoration of democracy in Nigeria in 1999…I seize this opportunity to call on all citizens to participate fully in the electoral activities. I also called on political parties to conduct their campaigns peacefully eschewing divisiveness, rancour and violence.”

Although INEC’s appeal could go a long way in convincing Nigerians of its readiness to conduct credible and peaceful elections in 2023, it, however, remains to be seen how this will check politicians who see elections as do-die-affair and will readily deploy violence as means to achieve their goals.

The pockets of violence recorded since the 2023 election campaigns kicked off in September have again confirmed that thuggery and intolerance remain deeply engrained in our political system, and that INEC has its work cut out in a bid to reverse the trend.

QuickRead: Court orders forfeiture of N775m, properties linked to ex-AGF. Four other stories we tracked and why they matter

QuickRead: Attack on Atiku’s campaign team. Four other stories we tracked and why they matter