QuickRead: Magashi’s reckless utterance. Four other stories we tracked and why they matter | Ripples Nigeria 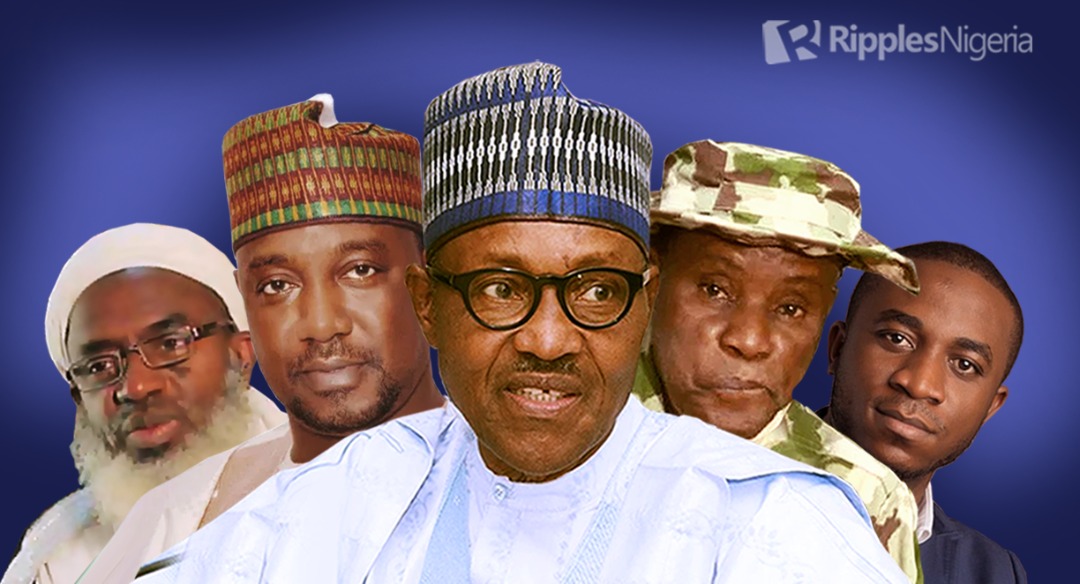 Nigeria’s Defence Minister, Bashir Magashi, was in the news during the week for the wrong reasons when he called on Nigerians not to be scared of bandits and other terrorists but to stay and fight them off whenever they are attacked.

The comments from a man who is supposed to coordinate the security of the country took many by surprise with Nigerians upbraiding him endlessly.

Also, renowned Islamic cleric, Sheikh Abubakar Gumi, took it upon himself to act as the mediator between the Nigerian government and bandits who abducted students and teachers at the Government Science College in Kagara, Rafi local government area of Niger State.

Enjoy three other stories that created a lot of buzz and kept Nigerians ticking over, with a broad significance for the country.

On February 17, Minister of Defence, Major Gen. Bashir Magashi (retd), had, during the screening of the new service chiefs at the House of Representatives, admonished Nigerians for not standing up to bandits and other criminals whenever they were attacked.

“We shouldn’t be cowards. Sometimes, the bandits come with about three rounds of ammunition and when they fire shots, everybody will run. In our younger days, we stand to fight any form of aggression.

“Why should people run away from minor, minor aggressions? We should stand and face them.

“If these people know that the people have the competence and capability to defend themselves, they will run away.”

Magashi’s statement is a clear indictment on the security agencies and their ability to protect Nigerians.

It is not just an admittance of failure but an open acknowledgment that the leadership might have come to its wits end over what to do to counter insecurity in the country.

The Minister’s comments further brings to fore the issue of Nigerians clamouring to be allowed to own guns with which to defend themselves in the face of incessant attacks.

Indeed, in Magashi’s reckless utterance lie even a bigger worry that the country may be inching towards anarchy as warlords seize ungoverned territories and citizens resort to self-help to overcome the reign of bandits.

On February 19, popular Islamic scholar, Sheikh Ahmad Gumi, opted to mediate between government and the bandits that abducted students and teachers from the Government Science College in Kagara, Niger State.

Gumi had reportedly met with the kidnappers inside the Tagina forest in the state following an appeal by the bandits for a peace meeting.

Shortly after the meeting, Gumi said:
“Everyone has witnessed it that we negotiated with these people and they promised to drop their weapons and stop these activities; and I even promised to meet the president about the matter. But why will the army bomb their place?”

Before Sheikh Gumi’s meeting with the kidnappers of the Kagara students and their teachers, he had also met with groups of bandits in Zamfara State, drawing a lot of intense criticism from Nigerians.

The import of these meetings are not lost on Nigerians who wonder how the Islamic cleric has managed to locate the bandits and hold meetings with them while the security forces appear totally lost.

Given Gumi’s antecedents, it would seem that there is much more he knows about the bandits than he is not telling Nigerians. If anything, the ease with which he accesses the bandits suggests prior contacts and, perhaps, a fair understanding of their motivations, as well as their ties to him.

And, for the Nigerian military it has become tempting to insinuate that they, and their Commander-In-Chief, Buhari, lack the will to see an end to the protracted Boko Haram insurgency.

With every intelligence at their disposal, they would become the butt of jokes if they dare persuade Nigerians to believe that they do not know the location of the enemies of state.

On February 16, President Muhammadu Buhari, in a statement issued by his Special Adviser on Media and Publicity, Femi Adesina, said the violence and acts of terrorism in some parts of the country were caused by ‘enemies’ of his government who have the resources and influence.

The President made the statement while receiving a delegation of Borno/Yobe Elders Forum at the Presidential Villa in Abuja, insisting that the culprits would be identified and dealt with accordingly.

“…For those who feel that they don’t need Nigeria, we will succeed over their intentions and actions.

“God willing, we will identify them, and deal with them. I am extremely concerned about your constituency like the rest of the country,” Buhari said.

Since coming into power in 2015, President Buhari has not stopped blaming others for his administration’s inadequacies and short comings.

The constant shifting of responsibilities speaks partially to incompetence, lack of capacity and capability. It then begs the question whether the President and his team were really prepared for governance.

And, these observable weaknesses are clear pointers that the country may have to live with its several challenges while the Buhari-led administration lasts.

Unless the presidency is able to name and shame the so-called persons of influence and resources, it is to be assumed that its claims are baseless and intended to divert citizens’ attention away from the real issues confronting the country.

READ ALSO:  QuickRead: Buhari’s reward style. Four other stories we tracked and why they matter

On February 17, another set of students and teachers from the Government Science College, Kagara, Niger State, were kidnapped by gunmen suspected to be bandits who invaded in the school.

The bandits stormed the school premises in military uniforms, overpowering the security guards on duty before taking away some of the students, teachers and their family members.

Besides the heightened security implications, the Kagara schoolboys incident deepens growing concerns over the crisis in the country’s education sector, particularly within the northern region.

In the past few years, about 802 Nigerian students have been abducted across the country with most of the kidnappings taking place in the northern parts.

The spate of intimidations and harassments of students and teachers simply means that the north will continue to slide in the number of out-of-school children, thereby worsening literacy and poverty levels.

On February 16, Nigerian international fraudster, Obinwanne Okeke, also known as Invictus, was sentenced to 10 years in prison by a Virginia Court in the US for defrauding Americans of $11m.

The lead prosecutor in the case, Raj Parekh, acting U.S. Attorney for the Eastern District of Virginia, had said of the verdict:

“Through subterfuge and impersonation, Obinwanne Okeke engaged in a multi-year global business email and computer hacking scheme that caused a staggering $11 million in losses to his victims.

“Today’s sentence further demonstrates EDVA’s and FBI’s worldwide reach in vigorously pursuing justice on behalf of American victims and others and holding international cybercriminals accountable, no matter where they commit their crimes.”

Before Okeke was busted by the FBI in a long drawn investigation, he was seen as a source of inspiration to Nigerian youths, and was even listed on the Forbes 30 under 30 category for his business exploits in 2019.

The US sentencing of Okeke speaks to the country’s declining value system where individuals are rarely questioned about their sources of wealth but rather celebrated with titles.

Tangentially, it also calls to question the integrity of the entire Nigerian prosecutorial and judicial systems where dispensation of justice is sometimes reserved for the highest bidder, thereby making the likes of Invictus and Hushpuppi to live large with their ill-gotten wealth.

Having Invictus in prison is, indeed, a reminder that the wheels of justice grind slowly, and that the long arms of the law will always catch up with culprits.

Unless Nigeria’s value system receives a positive bend, the society may have to live with the sad narrative of a country where hard work and honesty are often thrown into the trash can while short cut to quick riches are elevated to an art.

Enjoy the rest of the week.