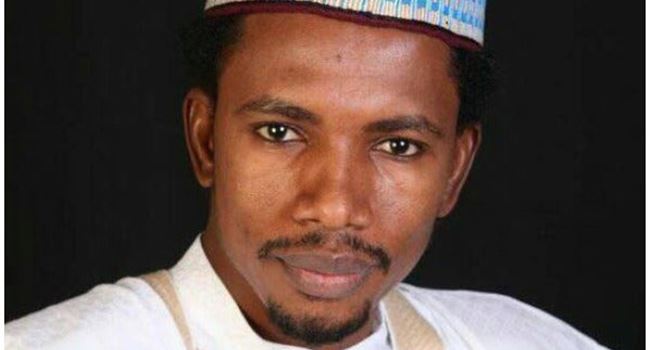 Reacting in a series of tweets on his time-line, Omokri who also called for the prosecution and jailing of Senator Abbo, said his action was an indication that he is unfit to be a lawmaker.

Reno Omokri wrote; “Not only should Senator Abbo be arrested, prosecuted & jailed, but the policeman that was with him should be disciplined. Additionally, the lady he assaulted should get damages. Abbo can use some of the money he spends on relaxing his hair to pay her #FreeLeahSharibu #RenosDarts.

“I call on the @OfficialPDPNig to immediately repudiate Senator Abbo in the face of overwhelming video evidence proving that he is not a man of fit and proper character to hold the distinguished office of a Senator of the Federal Republic of Nigeria #FreeLeahSharibu #RenosDarts,” he tweeted.

Former Minister of Aviation, Femi Fani-Kayode, also called for the arrest and prosecution of Senator Abbo for assaulting the yet-to-be identified lady after a heated face-off.

The Senator representing Adamawa North District in the National Assembly was seen assaulting the lady in a video of the incident, and even ordered his police orderly to arrest the lady in question.

Reports say trouble started when Senator Abbo had accused the lady of taking sides with the seller of sex toys who accused him of being a drunkard at her shop in Abuja.

More headaches for Sen Abbo, as Senate sets up c’ttee to probe his ‘assault’ of nursing mother

OYO: Your withdrawal is at your own risk, Makinde replies Lanleyin