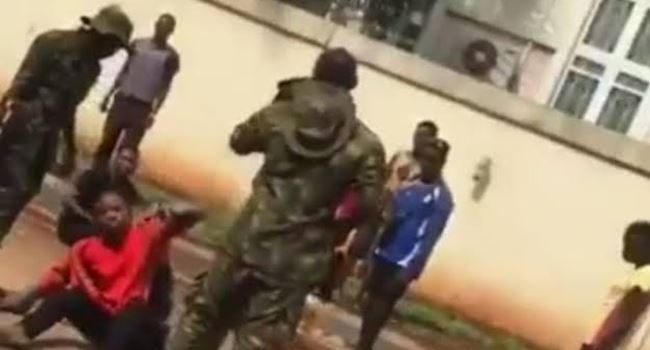 The House of Representatives has urged the Chief of Army Staff to initiate investigation and discipline soldiers involved in shooting and killing of harmless citizens in Baruten/Kaiama Federal Constituency of Kwara.

This followed the adoption of a motion by Rep Mohammed Omar Bio (APC-Kwara) at Wednesday’s plenary, March 17, in Abuja.

Moving the motion, Bio said that the soldiers instead of facing the purpose for which they were deployed to the border area, which was to provide security, had constituted themselves into revenue collectors.

He alleged that the soldiers extort motorists by charging fixed rates depending on the category of the vehicle.

Bio said that these illegal fees were collected from several roadblocks mounted in Baruten/Kaiama constituency and which had begun to affect the economy of the area.

He stated that development had led to a 50 per cent increment in transport fare, foodstuffs, and fuel respectively.

”If the incidence of harassment, extortion by the soldiers manning the checkpoints is not nipped in the bud, more chaos and casualties will be recorded,” he said.

The House of Representatives consequently mandated its committee on Army to investigate the alleged incident of incessant extortion, harassment, and victimisation of the people of Baruten/Kaiama by soldiers deployed to provide security at the border area.

Nestle S.A invests another round of capital into Nestle Nigeria

Police, Emir appeal for peace in Kwara after crisis due to Hijab controversy