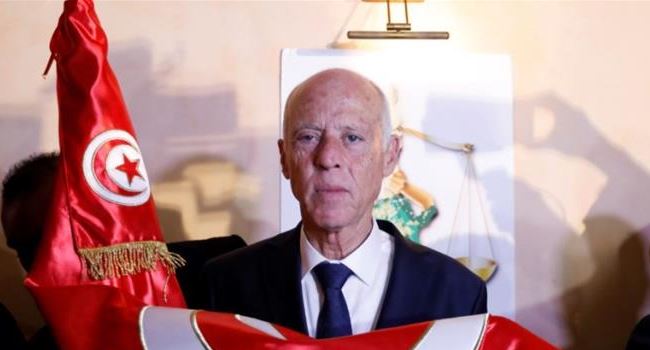 A retired academic, Kais Saied has emerged as the newly elected president of Tunisia after a landslide victory in Sunday’s vote which saw him defeat media mogul, Nabil Karoui.

The Tunisia electoral commission announced that the former law professor, 61, secured 73% of votes in the run-off election against Nabil Karoui, 56, who had campaigned from prison after being arrested on charges of money laundering and tax fraud.

Statistics from exit polls suggested that Mr Saied benefited from huge support among young voters who cast their votes en mass in his favour.

Moments after the exit polls were released, the president-elect appeared in front of jubilant supporters in Tunis and thanked “young people for turning a new page” in Tunisia’s history.

“Saied is clean and represents us. We know very well that he does not have a magic wand,” one student was quoted as saying.