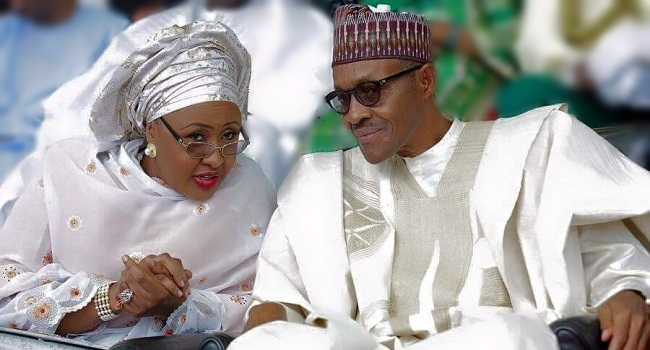 Keeping an eye on the presidency could be an interesting undertaking. Like other times, last week was loaded with events that did well to keep the minds of millions off the pangs of poverty, insecurity and other challenges ravaging Africa’s most populous country.

Top among events from Nigeria’s seat of power was the rumoured wedding plans of President Muhammadu Buhari. The social media frenzy had speculated that the President had concluded plans to marry one of his female ministers, the Minister for Humanitarian Affairs and Disaster Management, Sadia Umar Farouq.

That notwithstanding, events that would follow confirmed there had been unease within the first family. Buhari had famously situated the place of the First Lady, Aisha Buhari, to be ‘the other room’. This happened when he was once asked to explain the wife’s conduct in relation to her several public criticisms against the Buhari administration.

Concerns over rumblings within the first family had been fueled by her two-month absence from the presidential villa. She returned late Saturday night, a day after the rumoured wedding of her husband failed to hold. She told waiting media that she had been away on medical advice.

Rather than douse the thick tension that had enveloped the villa, her arrival stirred even more crisis, setting off a rash of actions. First, was the viral video in which a lady was observed screaming at some unseen figures in a living room. Aisha owned up later that she was the character in the said footage, and that it was a 2017 amateur video shot by one Fatima, said to be a daughter of Mamman Daura, the President’s nephew.

The feud between Aisha and the Mamman household has since become an open secrete with President Buhari maintaining a stoic silence. The question on the lips of many is whether Daura belongs to the cabal class Aisha had always made reference to.

Could the family squabbles have been handled differently? The presidency seemed not to have helped by not debunking the rumours early enough. Rather, it appeared to have taken delight in the entire fray, and the distractions it provided. Indeed, some critics argue that it served well to take the minds of citizens off matters arising from the 2020 budget, which President Buhari earlier in the week submitted to the national assembly.

On the soft side of the failed wedding party, it was interesting to see how Aso Mosque could not contain the number of worshippers last Friday. Many had thronged the place allegedly not to miss the wedding ceremonies that would usher in a new occupant in ‘the other room’. Whether Aso Mosque truly won a new set of devotees remains debatable.

Aisha’s reference to a medical trip abroad opened fresh vistas on the troubled Aso Clinic. Critics have been quick to ask if no new initiatives had taken place since the First Lady raised concerns over a year ago about the billions being sunk into the sick outfit warranting a medical trip. It remains to be seen if the imbroglio will trigger fresh attention on Aso Clinic.

The other vital thing the Buhari marriage saga achieved was distracting Nigerians from issues raised in the 2020 Appropriation Bill.

After President Buhari presented the budget estimate to the joint session of the national assembly last week Tuesday, what followed was a barrage of attacks from different quarters.

Not a few have described the 2020 budget as pitiable and a disaster in waiting, especially as the country would require about a quarter of its earnings to service its debts. More so, it has also been observed that the cost of debt servicing outweighs capital expenditure.

A picture that circulated on different media platforms had shown President Buhari pointing his index finger at Senator Melaye. The action, it was learnt happened after the president presented the 2020 budget at the national assembly last Tuesday.

The photo had shown Melaye responding by hailing Buhari with a salutary fist.

A joke had been made of Buhari purportedly saying to Dino, “You mean you are still in this chamber?”

Whatever Buhari said or did not say to Melaye never mattered initially.

However, after three days, on Friday, October 11, when the Appeal Court upheld the earlier ruling of the election tribunal that sacked Melaye, the picture which many never knew existed gained wide circulation.

The arrest of one Abdulrauf Illyasu, an alleged fraudster, within the precincts of the Presidential Villa, by the Economic and Financial Crimes Commission EFCC) raised eyebrows over the week.

Many were worried that Illyasu allegedly carried out his scam and swindled millions of Naira from Nigerians from an office said to be located opposite the Presidential Banquet Hall.

More worrisome was the fact that the arrest happened same period a known confidant of the President, Nasir Danu, was also arrested at Heathrow Airport, United Kingdom, for alleged international passport scam and money laundering.

The opposition Peoples Democratic Party (PDP) had since made a meal of this development, branding the nation’s seat of power “a den of thieves” and a breeding ground for “swindlers and treasury looters”.