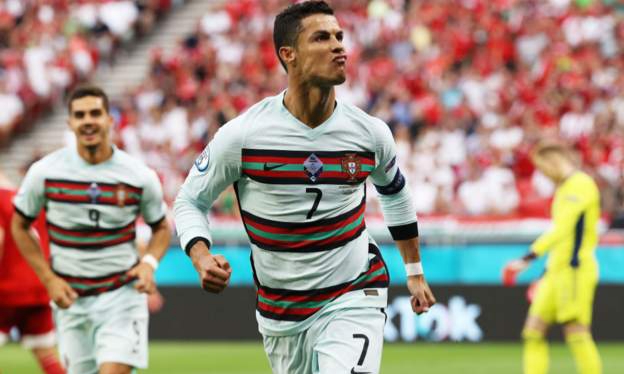 The Juventus forward scored two late goals as Portugal thrashed Hungary 3-0 in their Euro 2020 opener in front of more than 60,000 fans in Budapest.

Hungary had looked on course for an unlikely draw as they held on to keep the game goalless until they conceded three times in the last 10 minutes plus added time.

Ronaldo scored his first goal of the night from the spot in the 87th minute after Raphael Guerreiro had broken the deadlock three minutes earlier.

The conversion of the penalty was Ronaldo’s 10th goal in the continental competition, overtaking France’s Michel Platini on nine goals.

With the win, Portugal go top of the tough Group F, which has European heavyweights Germany and France.

World Cup holders France and former champions Germany will be meeting in the group’s other game in Munich later on Tuesday.