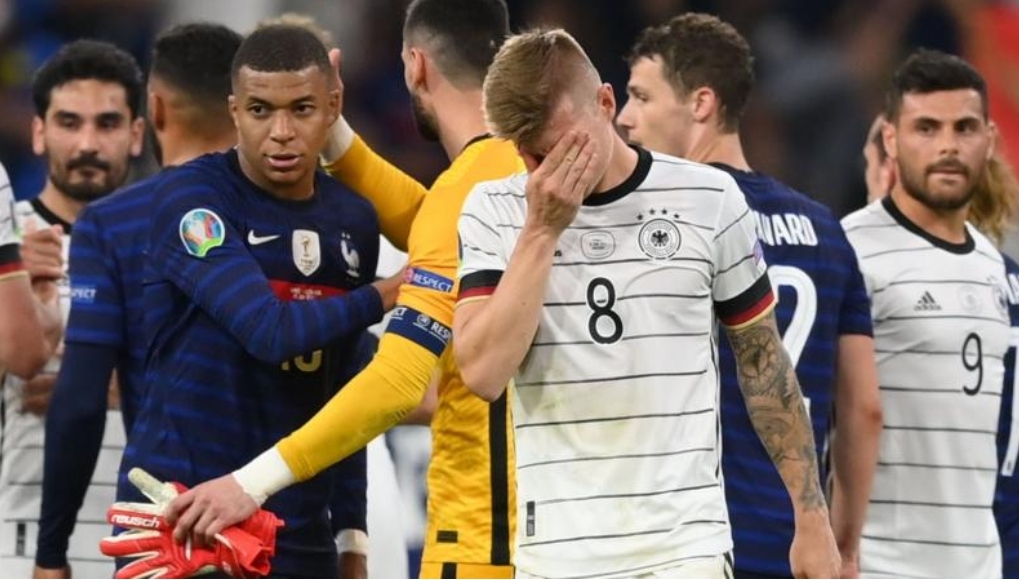 The 2018 FIFA World Cup champions France have started their Euro 2020 campaign with a win over Germany.

The French, who are yet to lose to Germany in seven years, clinched a 1-0 victory as Mats Hummels scored an own goal on Tuesday evening.

The high-quality heavyweight Group F match followed after Cristiano Ronaldo led Portugal to a fine start in the other game of the group.

France are the tournament favourites, and were marginally the better of the two sides in the game against Joachim Low’s side.

They missed a lot of chances, with Paul Pogba sending the ball over the bar from a corner with his shoulder and Kylian Mbappe having an angled shot saved.

Mbappe and Karim Benzema had goals ruled out for offside and Adrian Rabiot hit the outside of the post. But the main focus at the end of the day was Hummels’ own goal in the 20th minute.