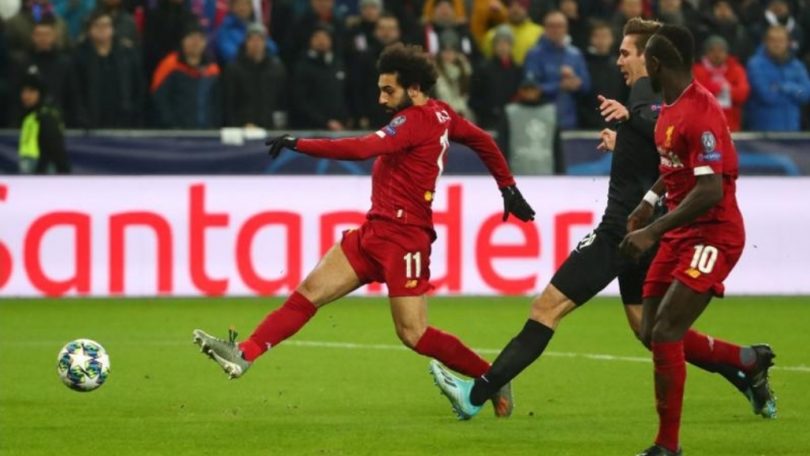 Egypt star, Mohamed Salah scored a fantastic goal for Liverpool in their final group match against RB Salzburg as the Reds secure a last-16 spot in the Champions League.

The game which ended 2-0 in favour of the defending champions also saw Guinea midfielder, Naby Keita bag a goal.

Jurgen Klopp’s men, who needed at least a point to progress, face difficult moments against their opposition, and were held goalless throughout the first half.

It was in the 57th minute that Keita broke the deadlock by heading in Sadio Mane’s cross to put the visitors on their way to the round of 16.

Salah then clinched victory 100 seconds later with an excellent finish from a tight angle as Liverpool finished as winners of Group E.

In the other game of the group, Napoli thrashed Genk 4-0 to advance.

Salzburg, who finished third in the group ahead of Genk, will drop into the Europa League last 32.

The Champions League last 16 draw will take place in Nyon, Switzerland on Monday.